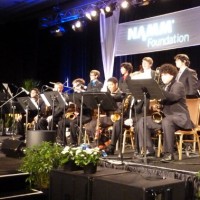 Well, we now know the drive to the Anaheim Convention Center! Liam had a rehearsal there all day Friday, (one trip for Dad in the morning, one trip for me in the afternoon) then a concert on Saturday (for the SCSBOA convention folk) and another on Sunday. We went to the final concert and enjoyed it a lot!

It was impossible to get a head-on shot of the band, but I could get some side shots and see a bit of Liam right in the middle. 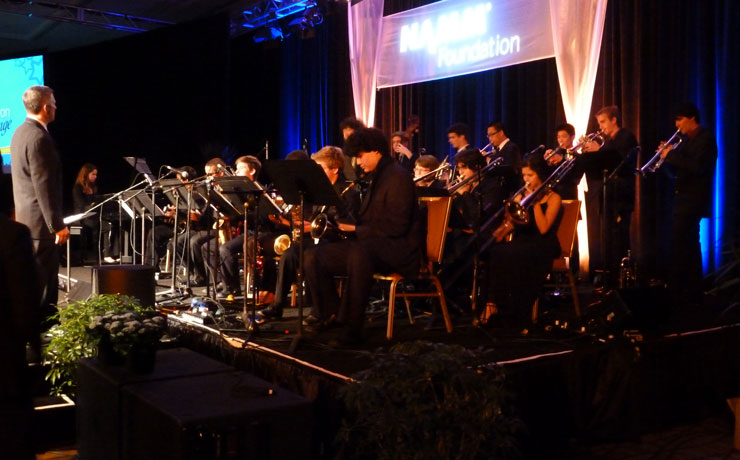 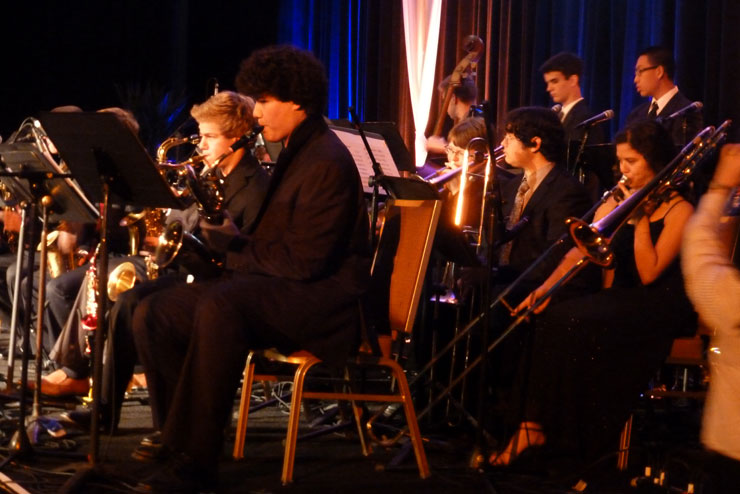 At the first rehearsal a couple of weeks ago, the kids were told that concert dress was a black suite with light shirt and any color tie. Liam asked if loud ties were OK, the director, after a bit of thought, replied “as long as it doesn’t have batteries!” Liam replied “great, mine just plugs in!” and got a great laugh. He loves his bright tie I dyed for him last year. The director made sure to mention the tie when he introduced Liam, LOL! 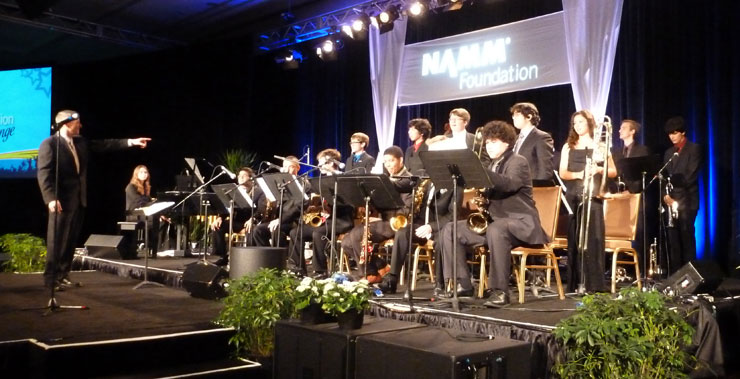 Liam is a classical trombonist, so this is a different world for him. It was really neat to see all those kids grooving on the stage, I’m so glad he has this opportunity!! 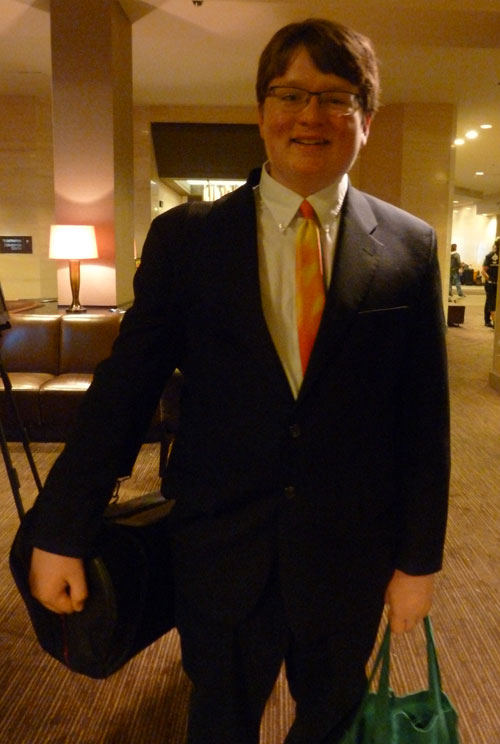 One Response to One Moment | All Southern Jazz