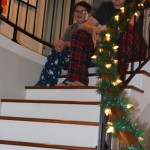 Our Christmas was just the four of us, and it’s been a lovely week. We’ve been enjoying lots of good meals, movies, and playing with our new toys! (I got an iPad mini – WHEEE!) I thought I’d show a few pix from the day: 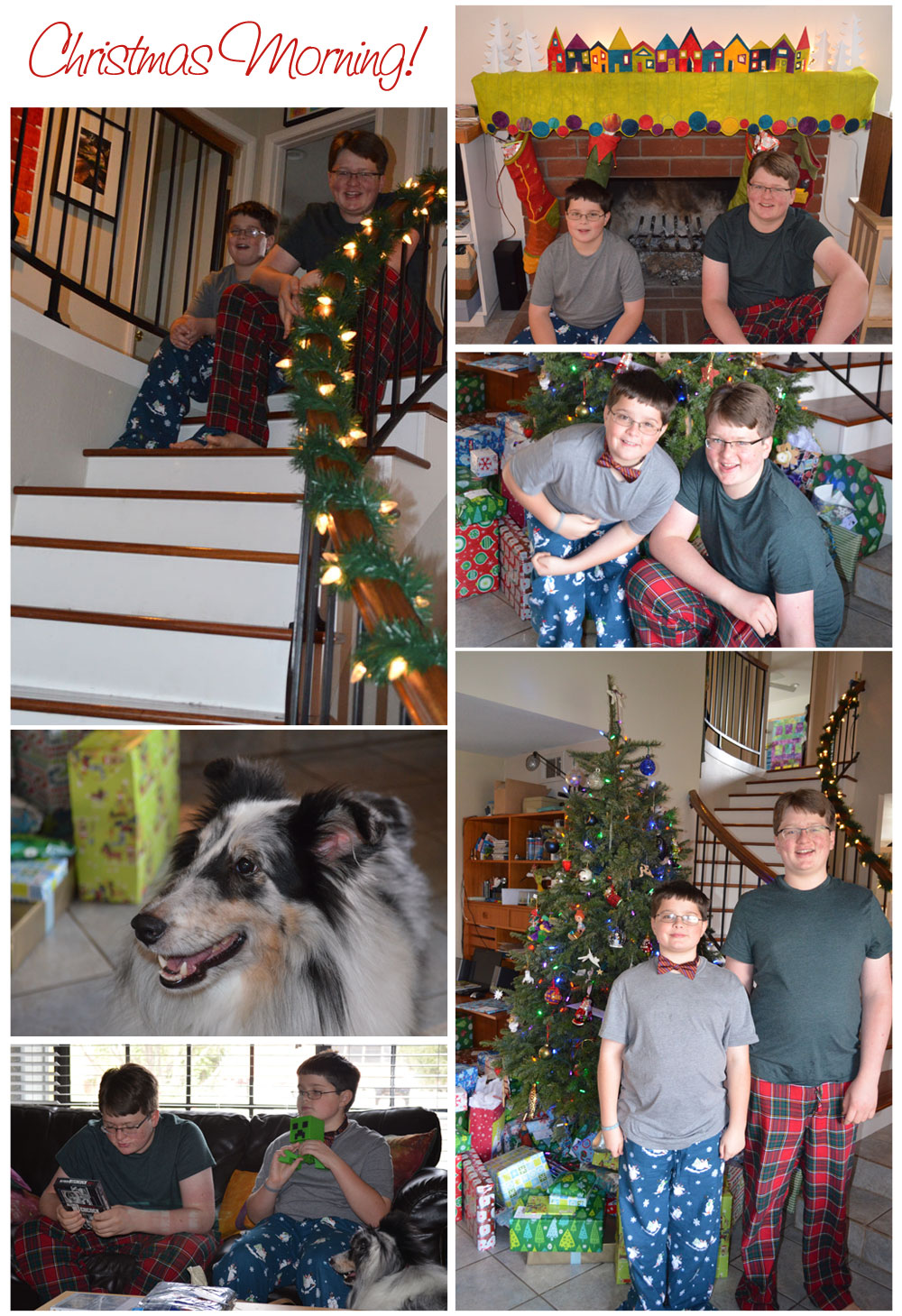 Ah, gotta love the classic sitting at the top of the stairs shot! Liam had a very musical Christmas, getting 4 different mutes for his trombone, some recordings, a jazz method book/CD and another CD that contains all the trombone parts for all the classic orchestral excerpts. Although this may not sound very exciting to most folks, he thought it was all great! The learning conversational Italian CDs are to help him learn enough Italian to hopefully be polite when he goes to Italy with the Claremont Youth Symphony next summer. (I also got him a set of Hitchcock movies and a set of “classic” movie CDs, we’re watching Psycho right now – eek!) 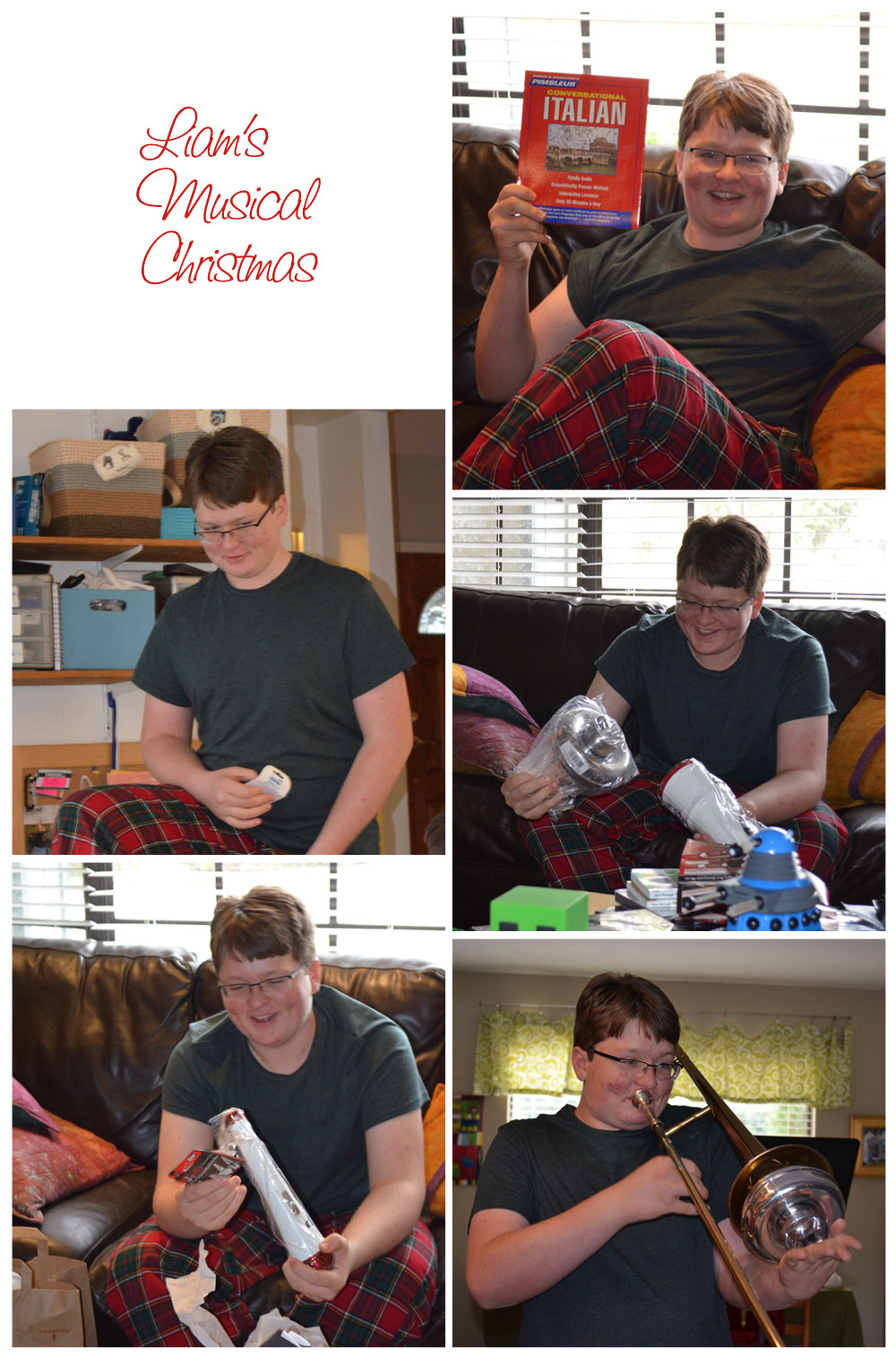 Logan had a great time too – his favorite gifts had to do with either minecraft (that green creature he’s hugging is a “creeper” from the game) or Dr. Who! The bowtie is a reference to the 11th (and current) Doctor, Santa put the tie in his stocking, and the tee shirt is a saying of that same Doctor, and he’s got a sonic screwdriver too! 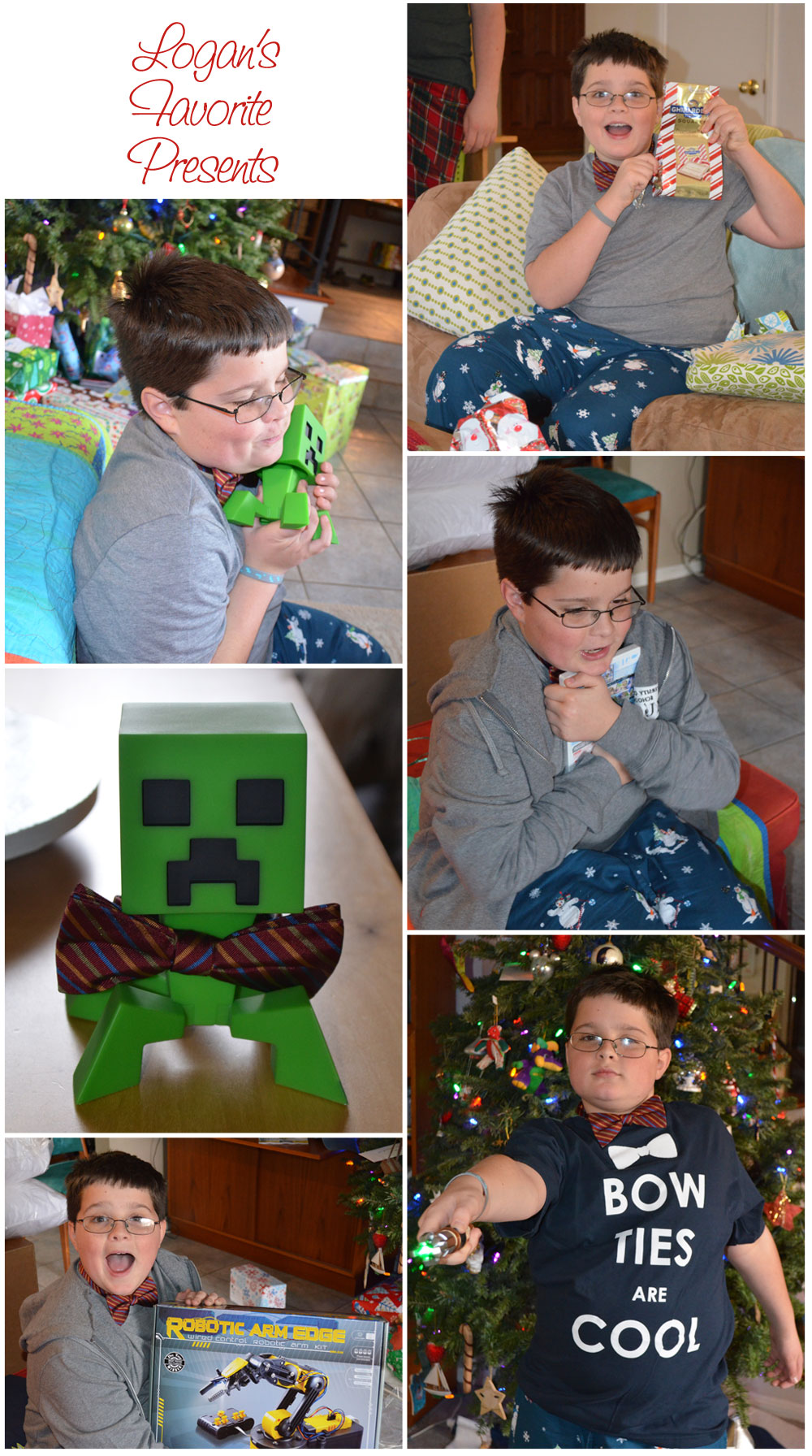 I’ve got a lot of catch up blogging to do, but I’m not going to rush it! I want to share all the presents I made, and take a look at how the year went, and look ahead to 2013, but I’ve realized that a post written on January 3rd will do the same job as one written on the first or the fifth! 🙂

One Response to What a Lovely Christmas