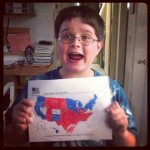 I’ve missed doing my “One Moment” posts, so I’ll try to get back on the bandwagon with them now! One important thing we do as parents is to teach our kids about the democratic process – without boring them to tears. I think most of the important discussions we have happen in the car, or on a walk, when one of the boys sees something (a sign in a front yard) or hears something on the radio – we can talk about the particular issue and I try to point out both points of view. Funny how those little conversations add up to kids actually knowing about issues much more than I did when I was young!

My older son Liam is really into politics: he listens to NPR and podcasts like “This American Life” all the time, and is a member of the Young Democrats club at school. He really enjoys being informed, and the debates he has with the Young Republicans at school make him find ways to explain his point of view to kids with different viewpoints in a civil manner. 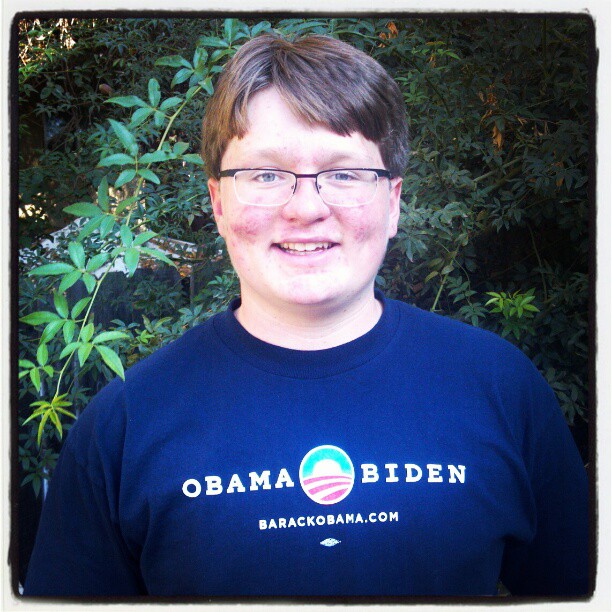 Probably the neatest part of last night was my husband telling Liam about the time he spent as a kid Liam’s age at democratic headquarters in Indiana. Andrew’s Mom was a local politician in that very red state, and broke some important ground back in the 70’s and 80’s. Liam really doesn’t know much about her past because Alzheimer’s has claimed her ability to talk. So it was great for Andrew to talk about going up and down the ladder on a really big chalkboard as the results came in over the telephone! (A big, black, rotary one!)

Now, my younger boy Logan is only 11, and would much rather watch videos about Minecraft, but he too has been talking about the election. Four years ago, a friend hosted an election night party and supplied the kids with maps and crayons to fill in when they started announcing results. Logan specifically requested that A) we stay home so we can watch the results without lots of other people around and B) an electoral map with red/blue crayons so he could keep track of the results.

Because we live in California, he was actually able to see the election unfold in about 2 hours! Here he is early in the process: 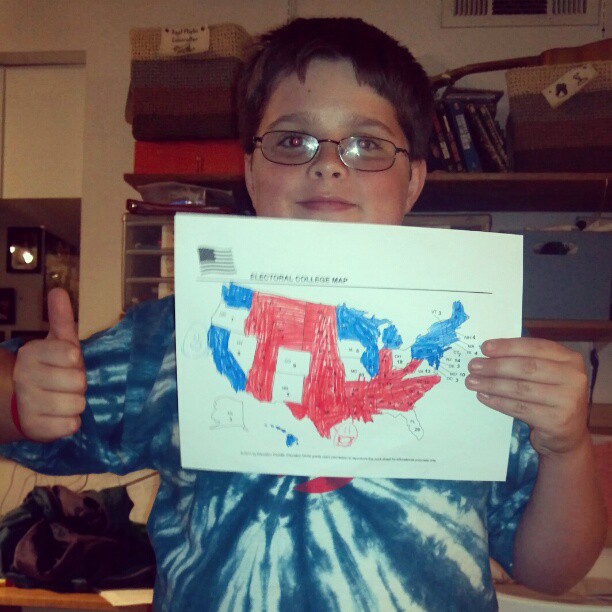 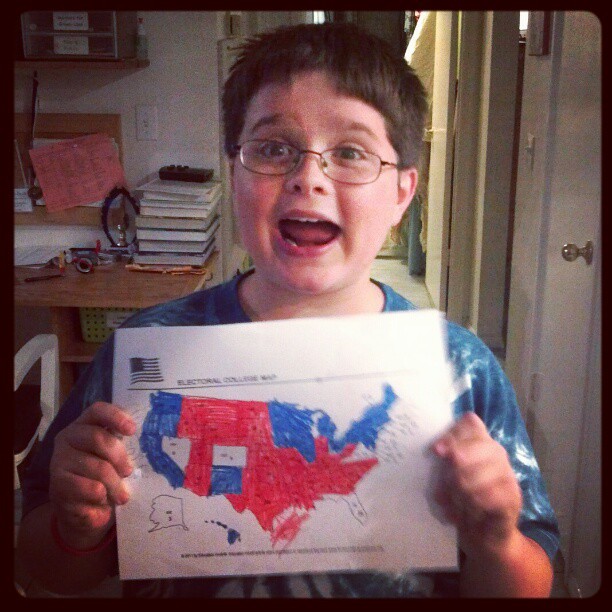 The first thing he asked the next morning was what happened to the states that he hadn’t colored in before bed time (FL, CO and AK)! 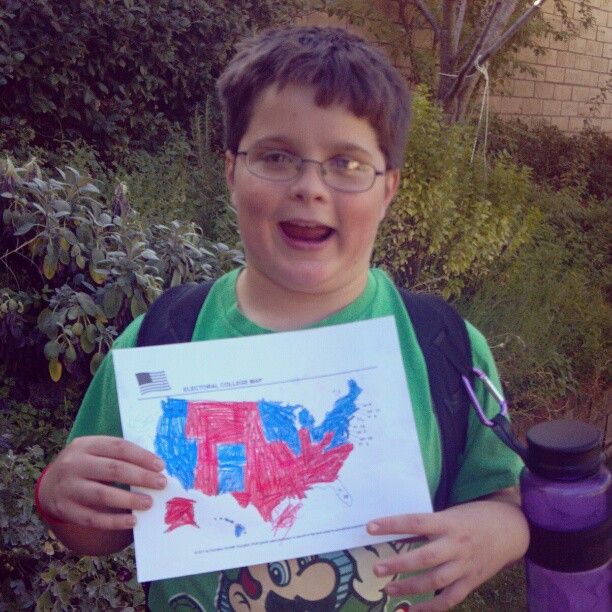 As I write this post later in the day, FL is still grey! But happily, unlike 12 years ago, what happens in FL, as far as the presidential race is concerned, is irrelevant.

It was great to see both my kids engaged in this very important part of living in a democracy!

← A Clean Studio is a Happy Studio!
Congratulations Janice! →

One Response to One Moment | Kids and Elections