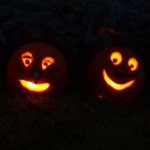 Well, we had a great Halloween! Here in So Cal pumpkins rot really quickly, so this year we carved pumpkins on Halloween afternoon, which was it was a great idea! I need to remember this for next year, because our pumpkins looked nice and fresh at trick or treating time! 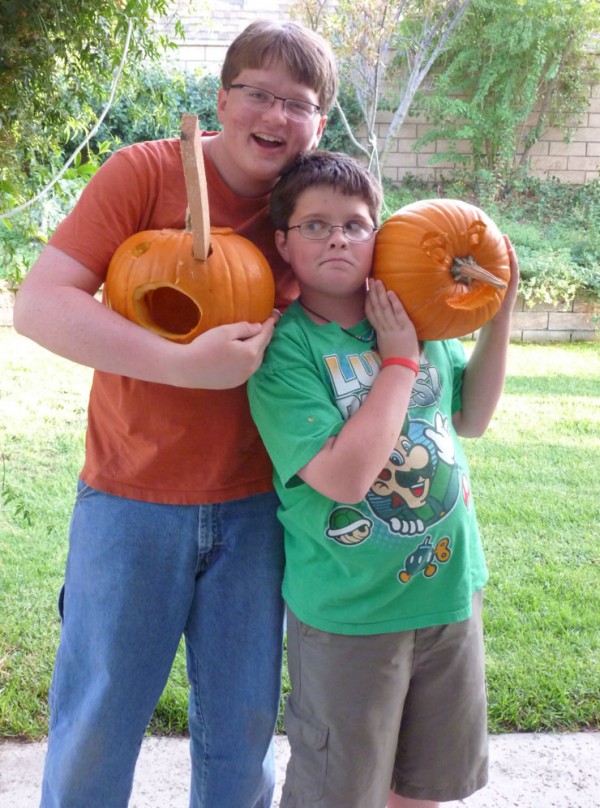 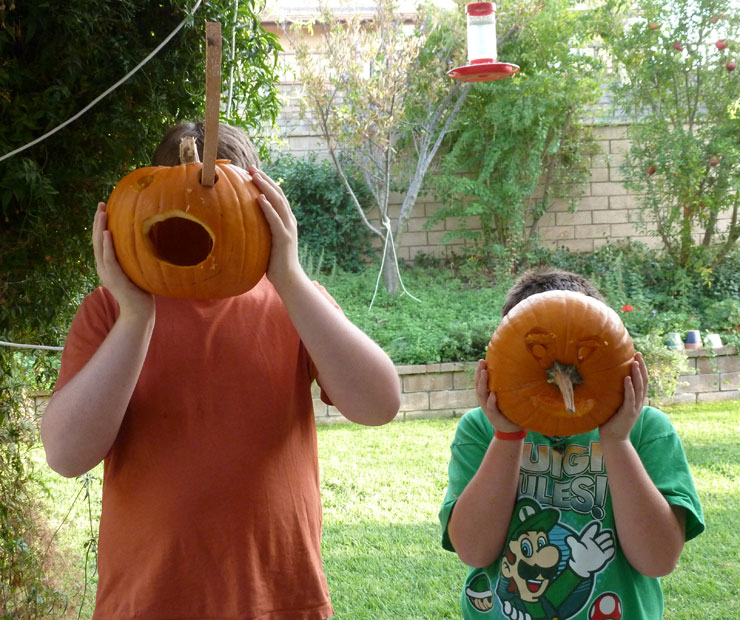 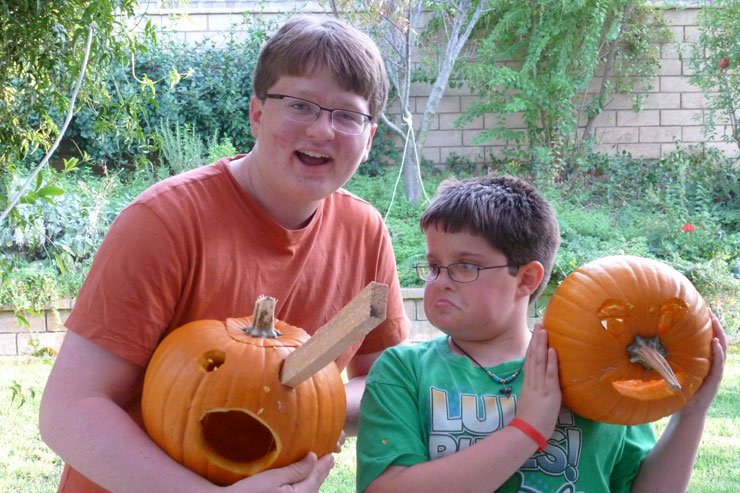 I have learned over the years that at some point Logan begins to get antsy about what he’s going to be. We start talking about what he wants to be in like September, but he’ll also change his mind a couple of times, so we talk and plan and I tell him we’ll make it the weekend AFTER my big October show. Once the costume is made he can relax and enjoy the anticipation. This year, he created his own super hero: “The Transfer”. His super power is he takes on the physical property of whatever he touches! So, touching a table gives him a fist made from wood, etc… We were able to find clothes that were the right colors (including some awesome red converse shoes). Then some red fleece to make him a cape and some felt for a belt and his insignia. He cut it all out and I stitched it on – probably the easiest costume ever! (He made this cool black triangular eye covers that I sewed to the hat – but he decided he didn’t want to wear them tonight). Anyway, he was quite happy with his costume: 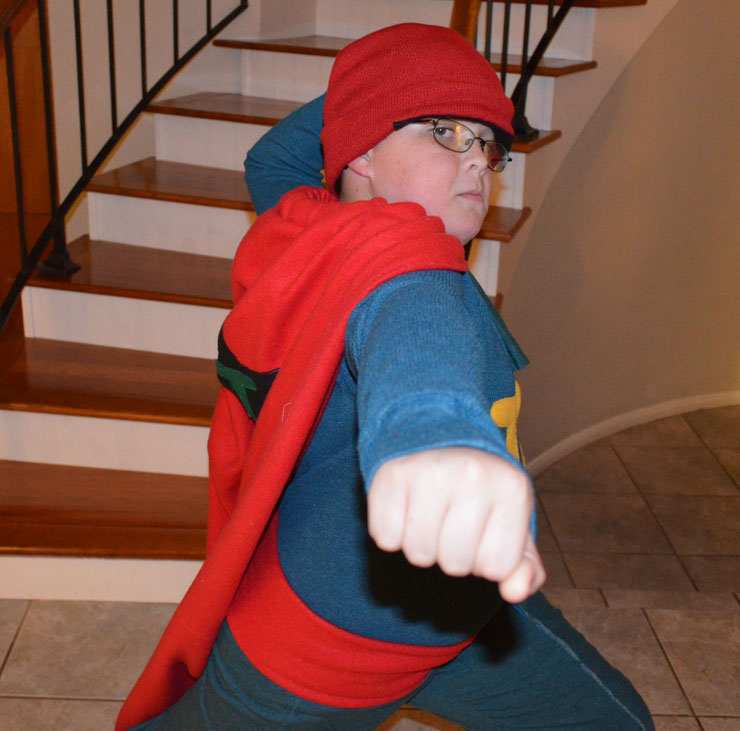 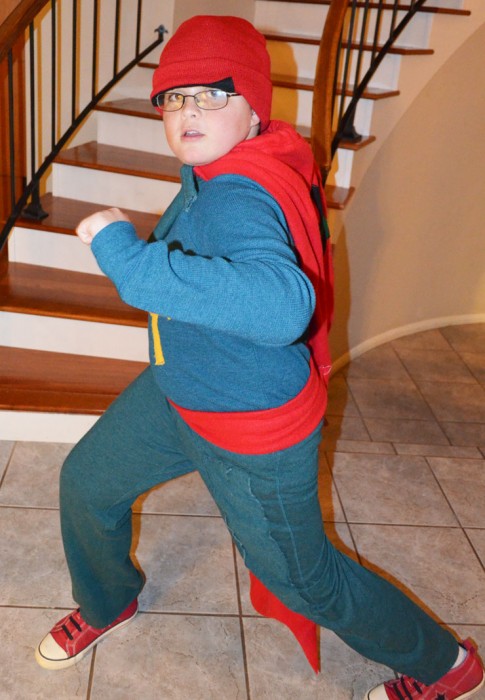 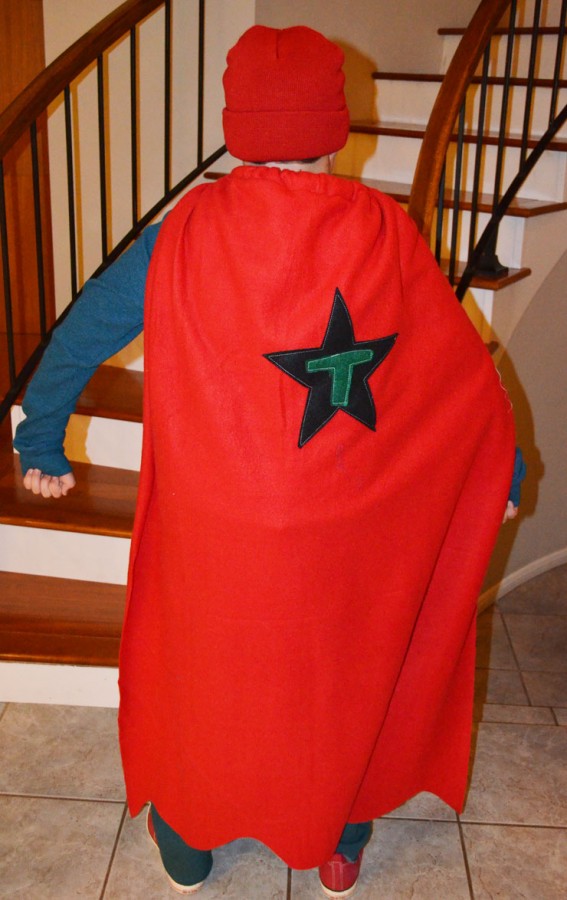 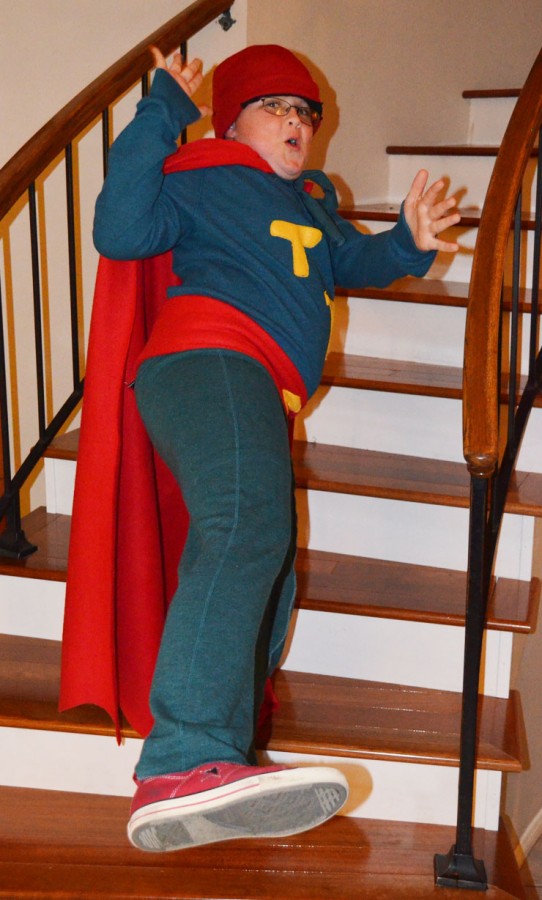 Liam wasn’t really into a costume this year until he saw the old movie “the Invisible Man” a couple of weeks ago, and really wanted to be him. A quick search on the internet found some old fashioned welder’s goggles. Some white bandages and gloves, his Dad’s trench coat, a plaid scarf and an old hat and poof: 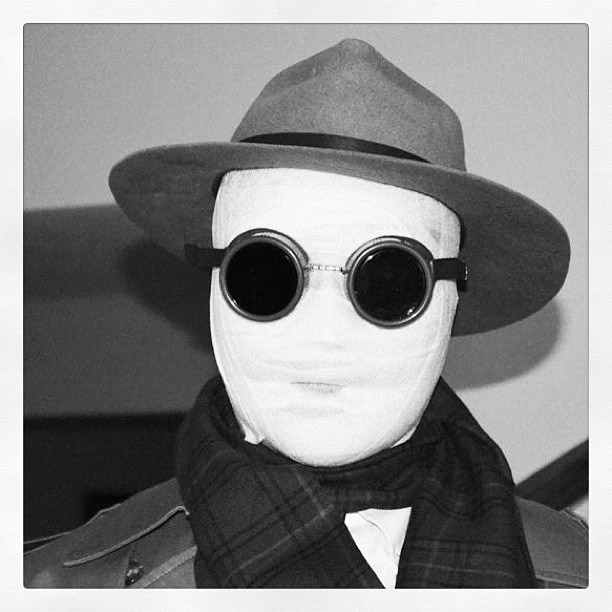 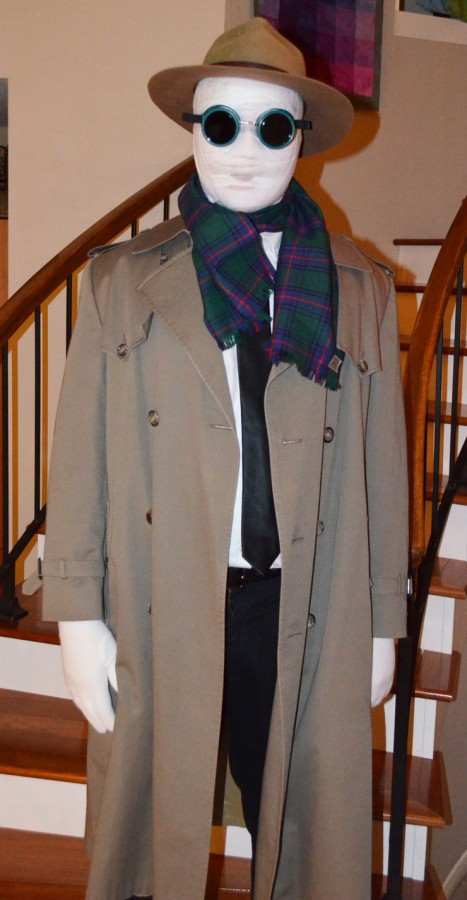 A good time was had by all! 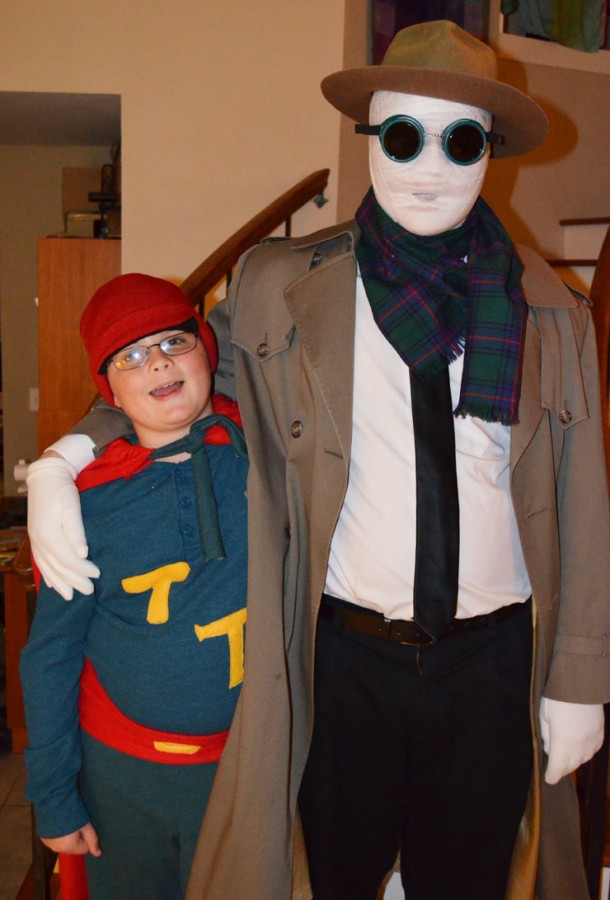