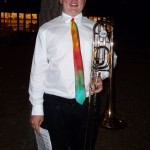 It has been a busy time, and part of that is travelling to see Liam  perform 3 times up at Idyllwild summer music camp! We went for the first wind ensemble concert a week and a half ago, and were happy to see him having a great time! After the concert we took him out to dinner. He told us about a brass quintet he’d organized, all the master classes, how much he was enjoying his conductor, oh it was grand to hear him so happy!

Monday, we were there again, to hear him play the first movement of the Larsson Concerto on the student recital. I’ve only got one pic of him while tuning: 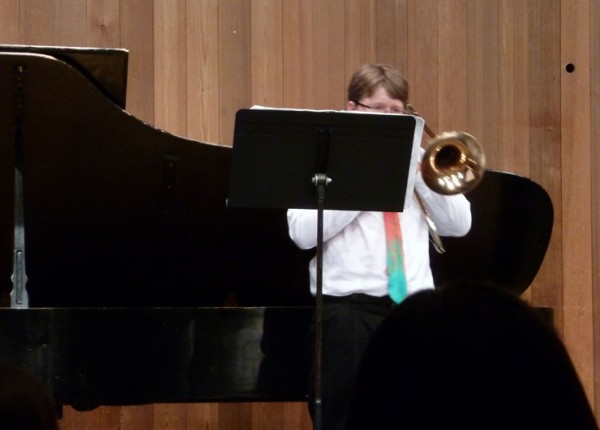 but we’ve also got a recording of the performance:

He sounded really great! (note: my hubby the trombone professor didn’t play this piece until he was a sophomore at Oberlin Conservatory…)

Here’s a couple of very happy pictures of Liam: 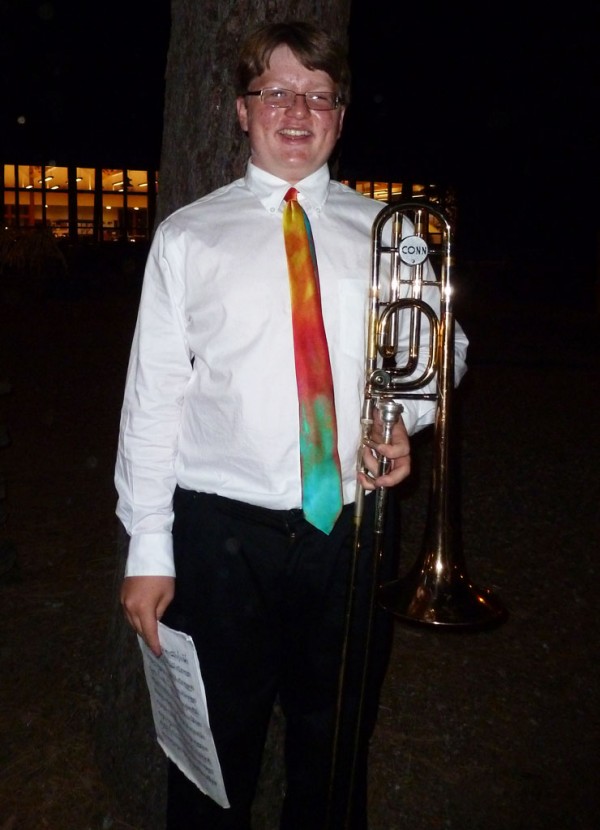 with one of his teachers, Sean Rausch, his Dad and little brother: 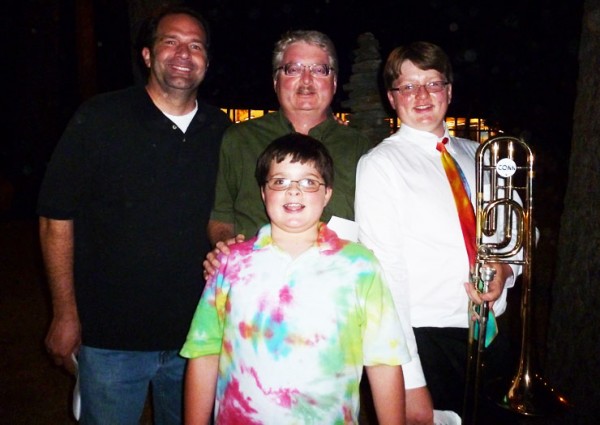 One great thing about this was that after this, the older trombone players at the camp had more respect for him, which was great! 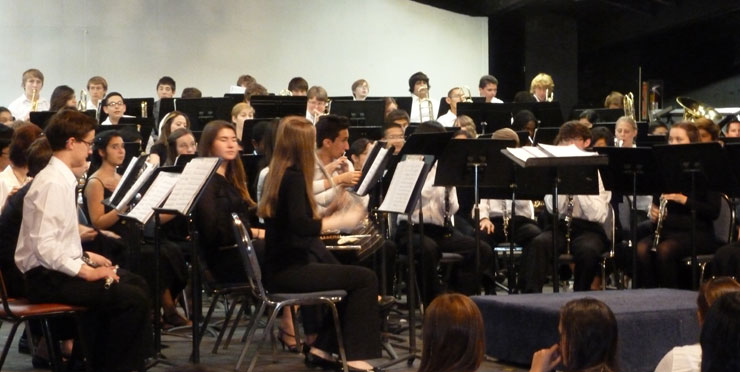 They stream the concerts online, how great is that? 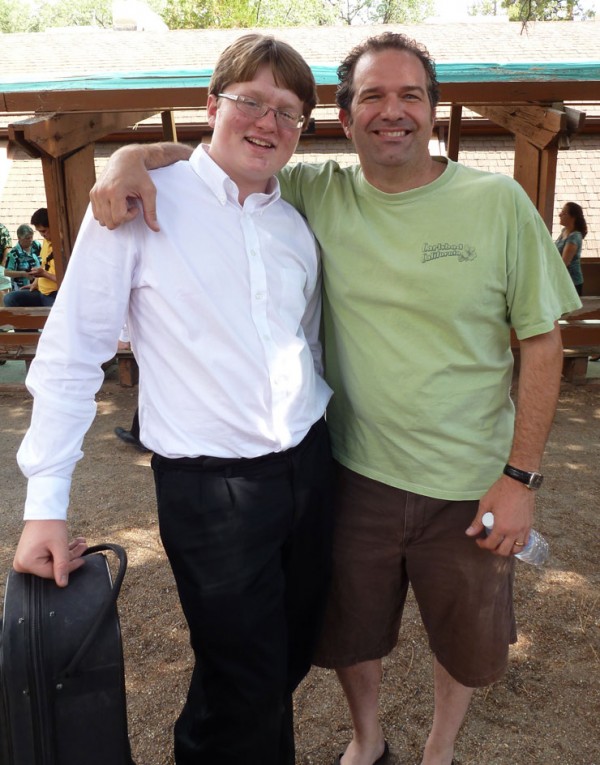 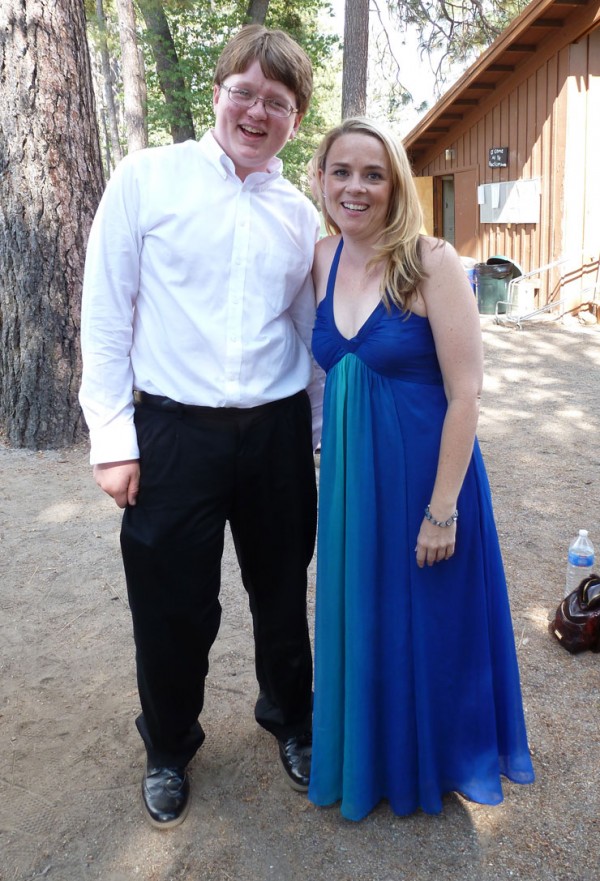 After the concert, we had our traditional ice cream or frozen banana dipped in chocolate and rolled in deliciousness: 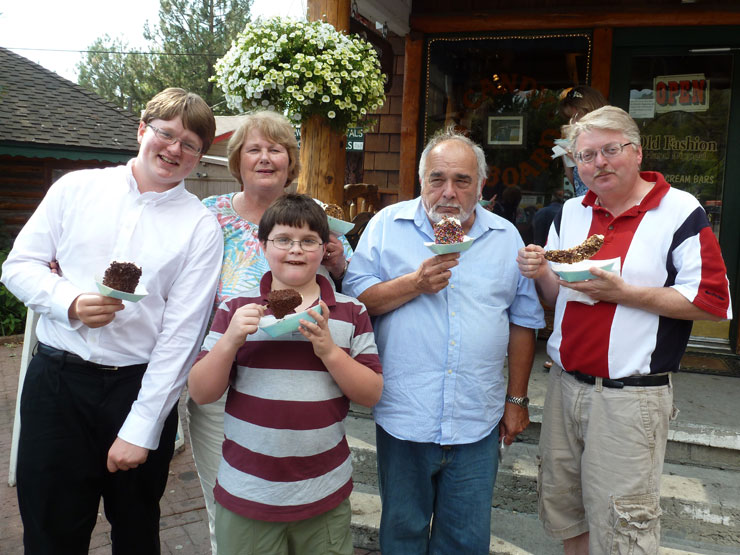 Yup, there’s my Mom and Step-Dad!

Mom and I swapped places: 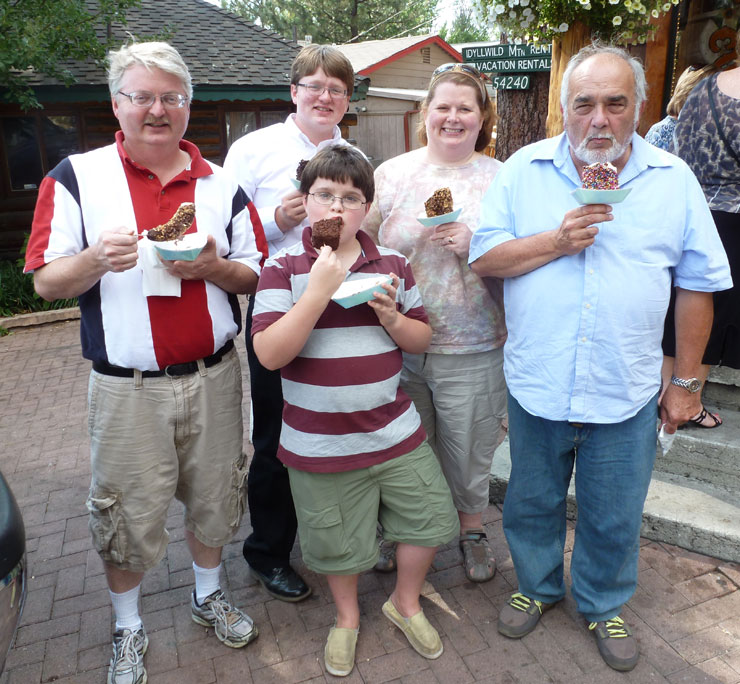 and then, home for a leisurely dinner: 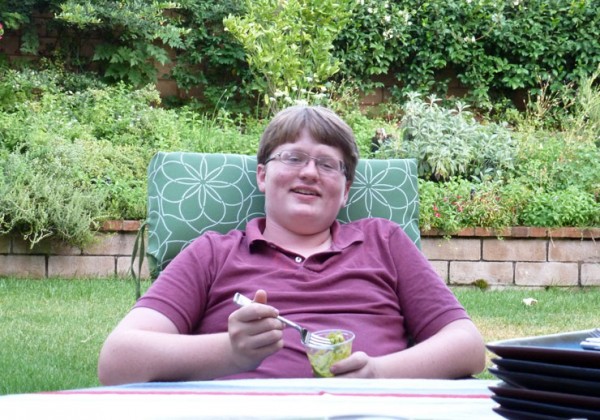 with an awesome Paella. Logan was really happy to have Liam home! 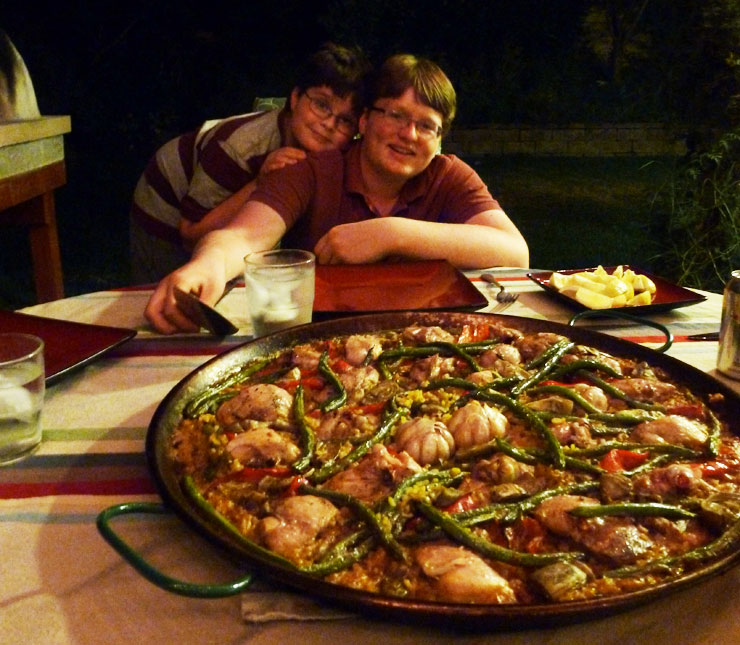 2 Responses to Liam’s Time at Idyllwild