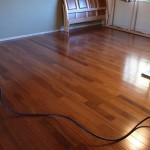 Sunday morning, we got down to business! I picked up the floor nailer from Home Depot while Andrew snapped some chalk lines to figure out what was straight and how we should nail it down. Luckily, the way that made the most sense (and it was straight) was to start at the far side under the window and just go! 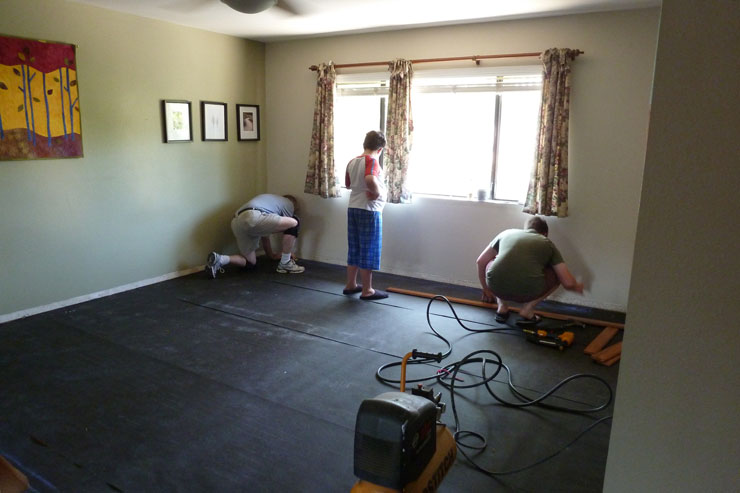 It was pretty scary, looking down the hall and seeing how much there was to do: 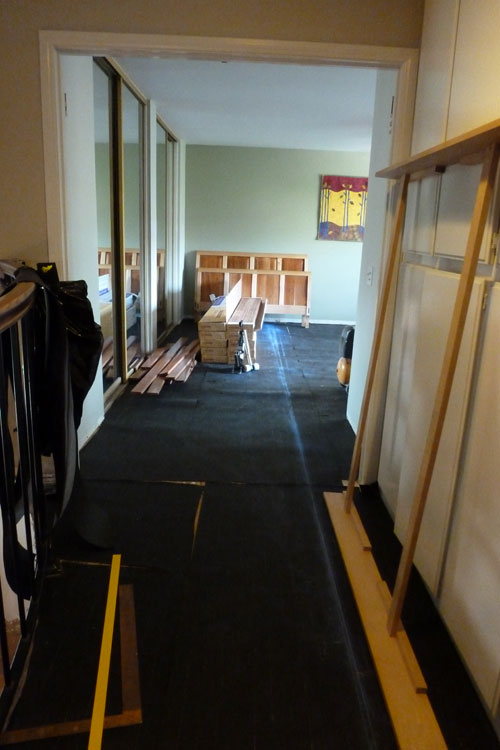 And so, we started just laying it down! 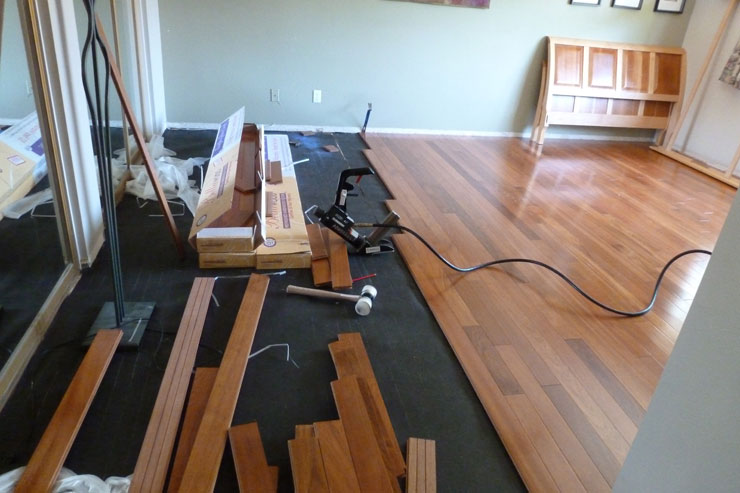 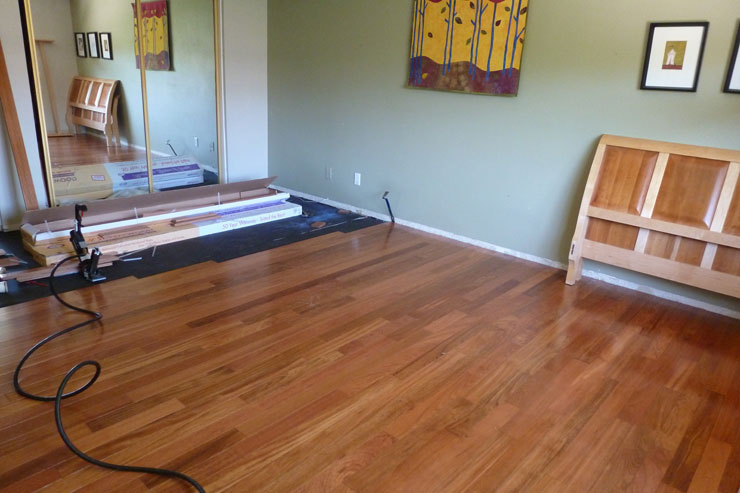 Both the kids were helpful, off and on. Logan also did a fair amount of clowning around and hiding: 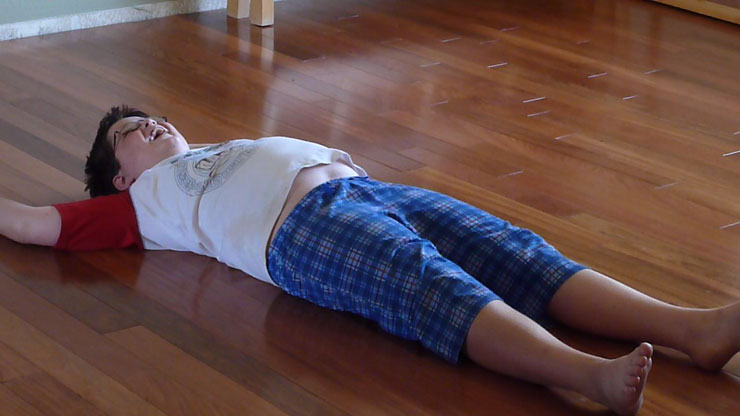 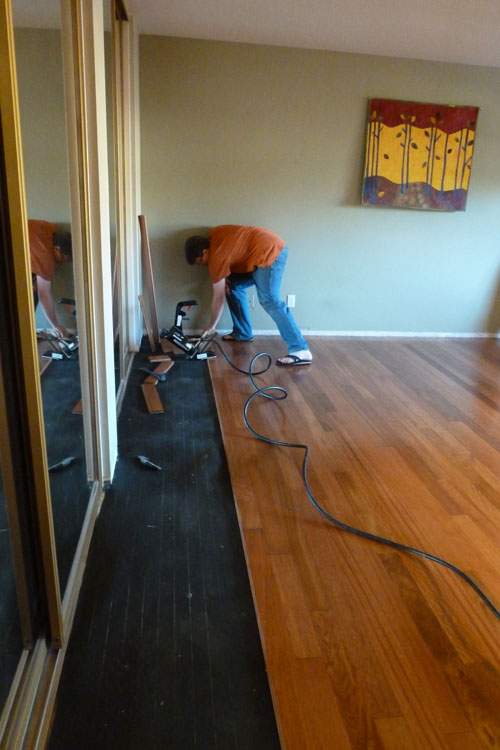 By the time our bodies gave out, we’d done almost all of the bedroom and the hall, stopping right where Andrew’s going to have to do some really fussy stuff (he’s already done a bunch, but it gets worse in that triangle part where the stairs curve away from the upper landing! 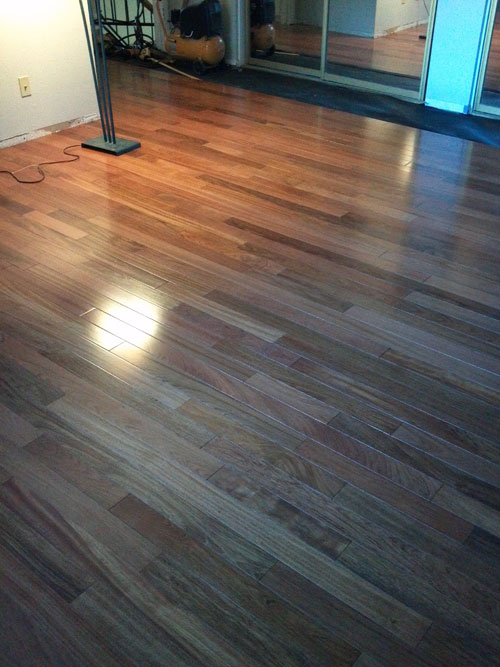 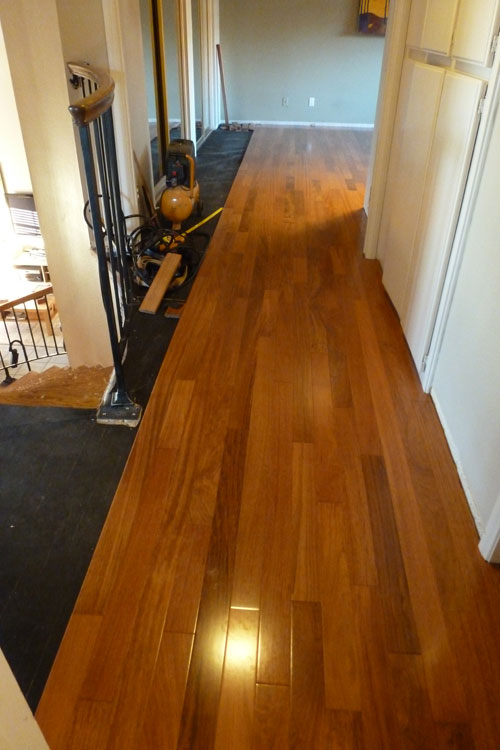 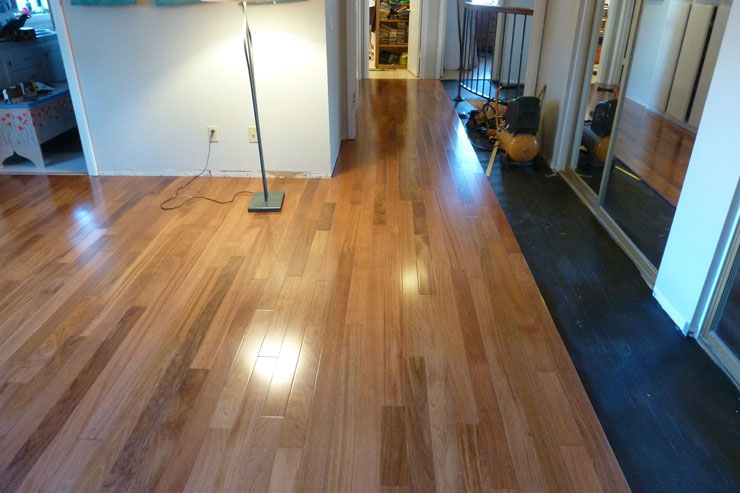 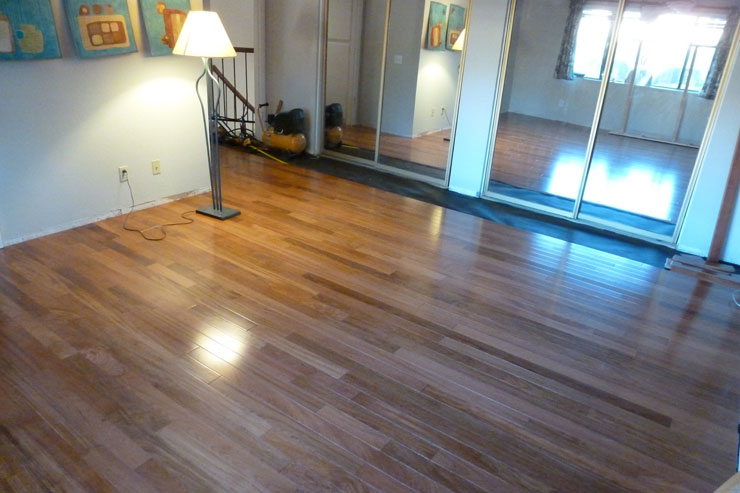 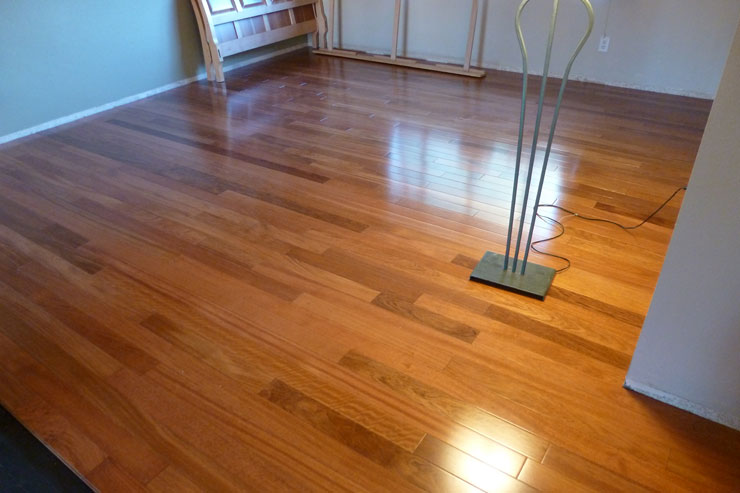