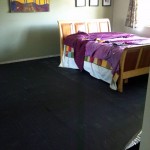 We were busy Saturday! After an awesome Friday night (I’ll blog about going to the Hollywood Bowl soon it was awesome), we were up early Saturday so I could get the patio ready to teach an intro dyeing class (post about that coming soon too!) While I was outside dyeing, Dad and the boys got the carpet from the bedroom up and GONE! FYI, carpet and padding from the stairs, hallway and bedroom weighed 400 pounds!

That afternoon, the floor prep got finished, felt paper was put down, and 12 heavy boxes of flooring were brought up the stairs! 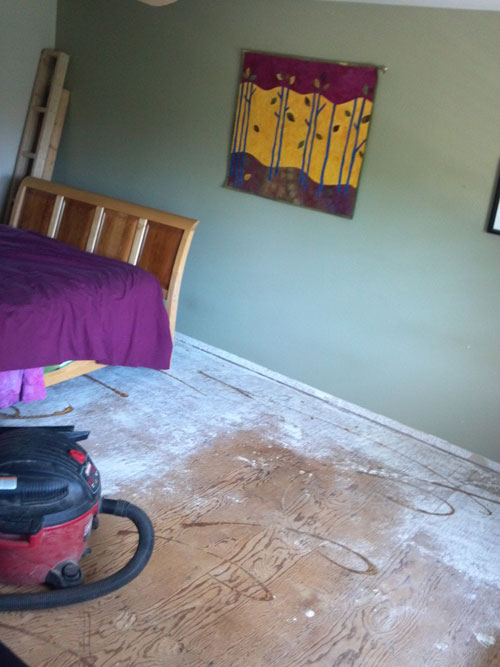 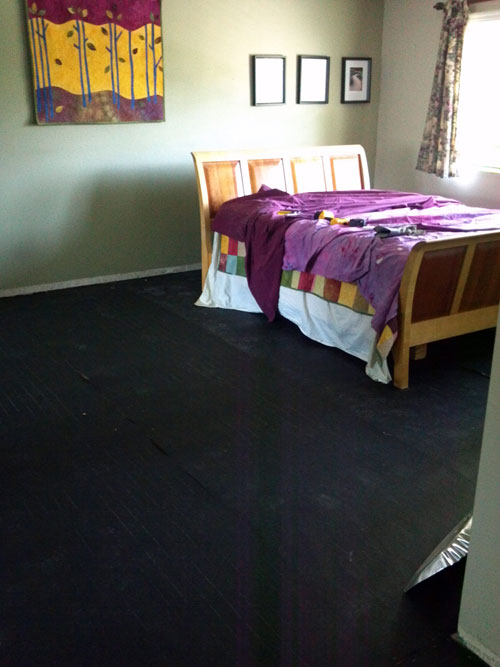 Poor Stirling was exhausted from all the racket! 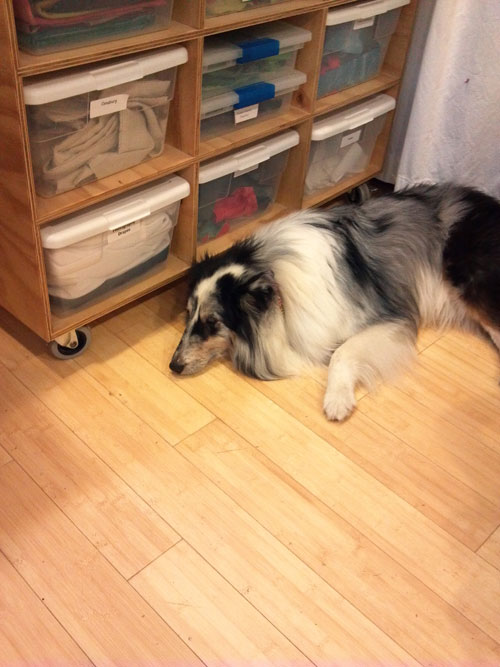 Yep, we’re sleeping in the bedroom while we’re working on it!