The day after all 3 of my guys got skunked in the fishing department, they had a fantastic catch! Andrew had figured out the best place (where the Hamilton branch outlet meets the the lake) and time (right before/during/after sunset). I took a bunch of pix, and had such a hard time deciding which ones to post, so I didn’t; I’m gonna share them all!!!!

First off, I was able to get some pix of one of the bald eagles that have a nest across from the cabin: 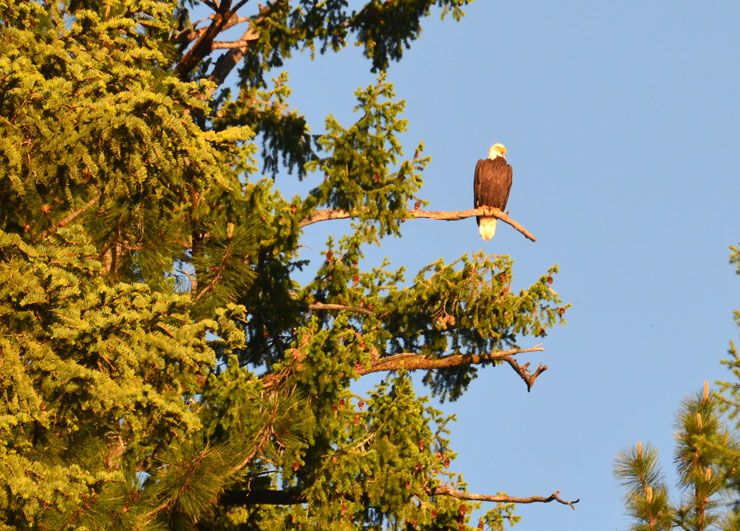 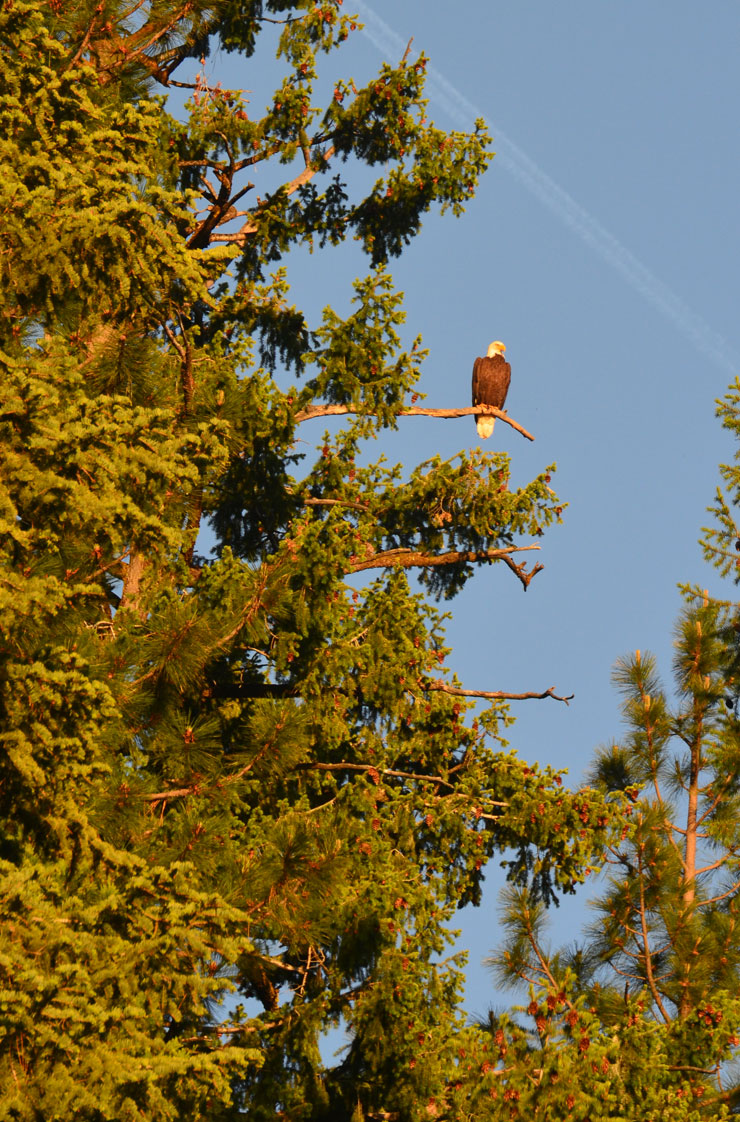 Stirling was an awesome boat dog, he loves the boat! 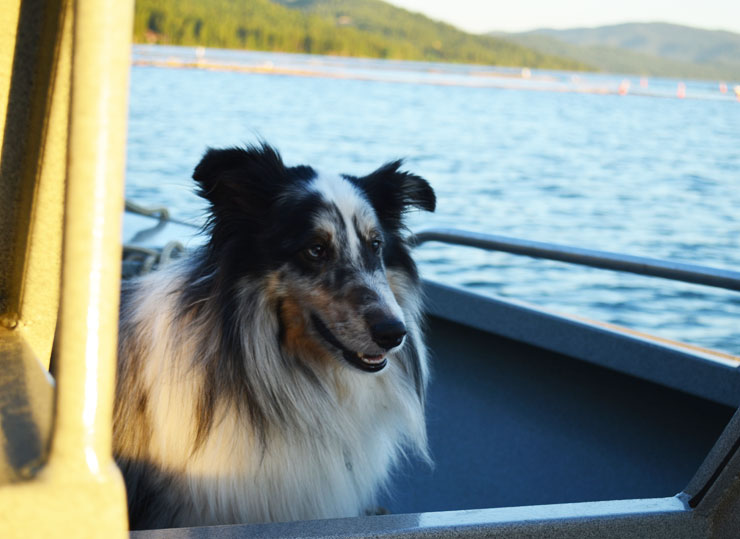 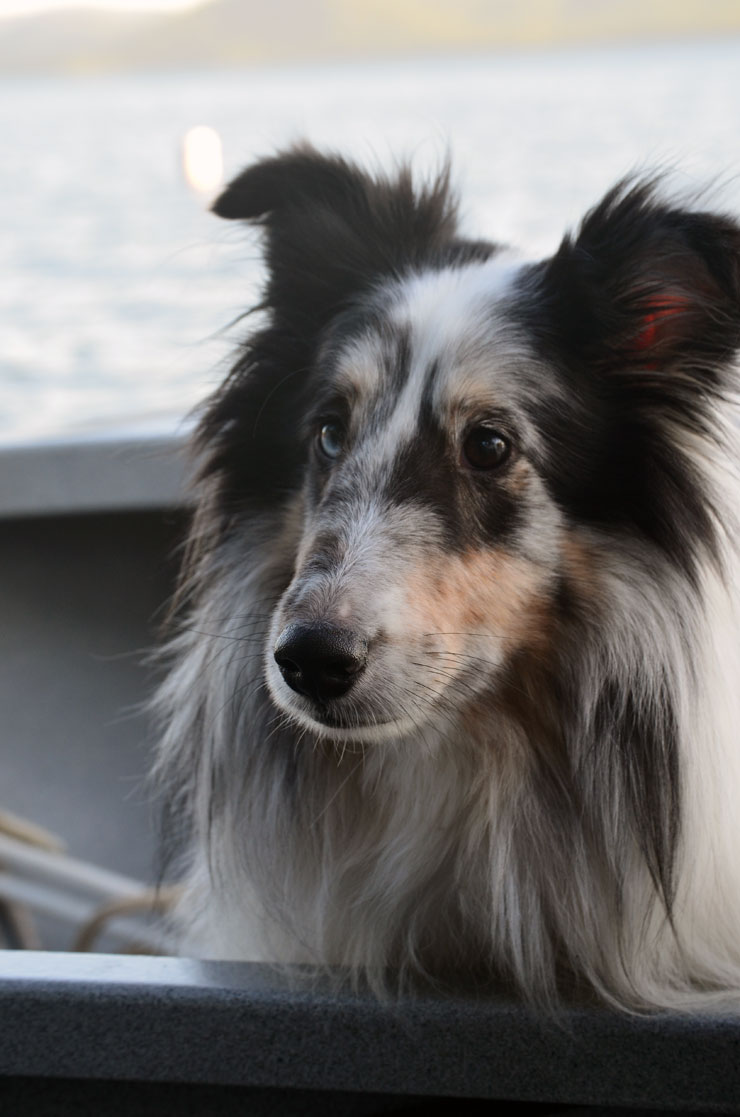 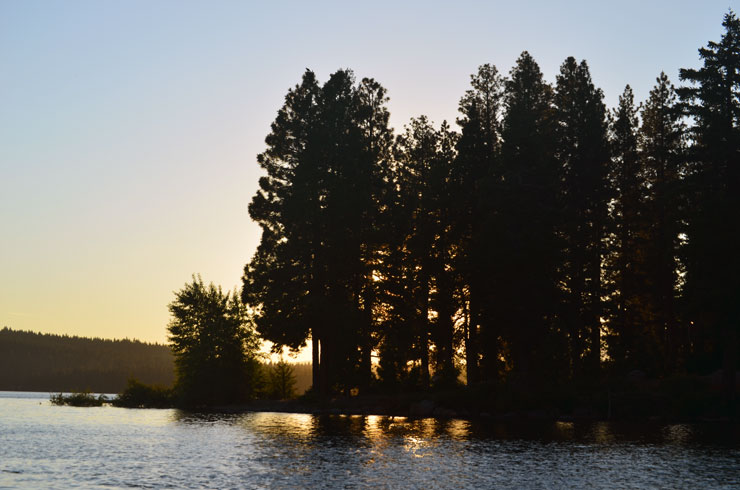 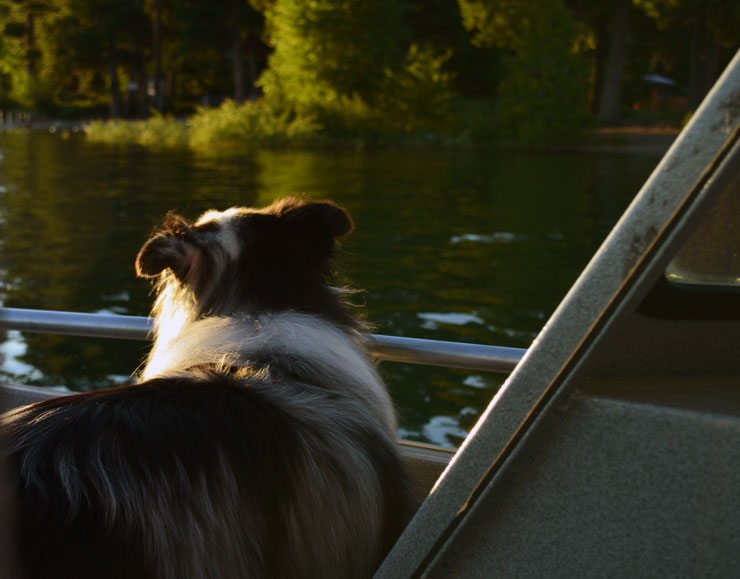 Logan then caught the first fish (a small mouth bass) of the evening: 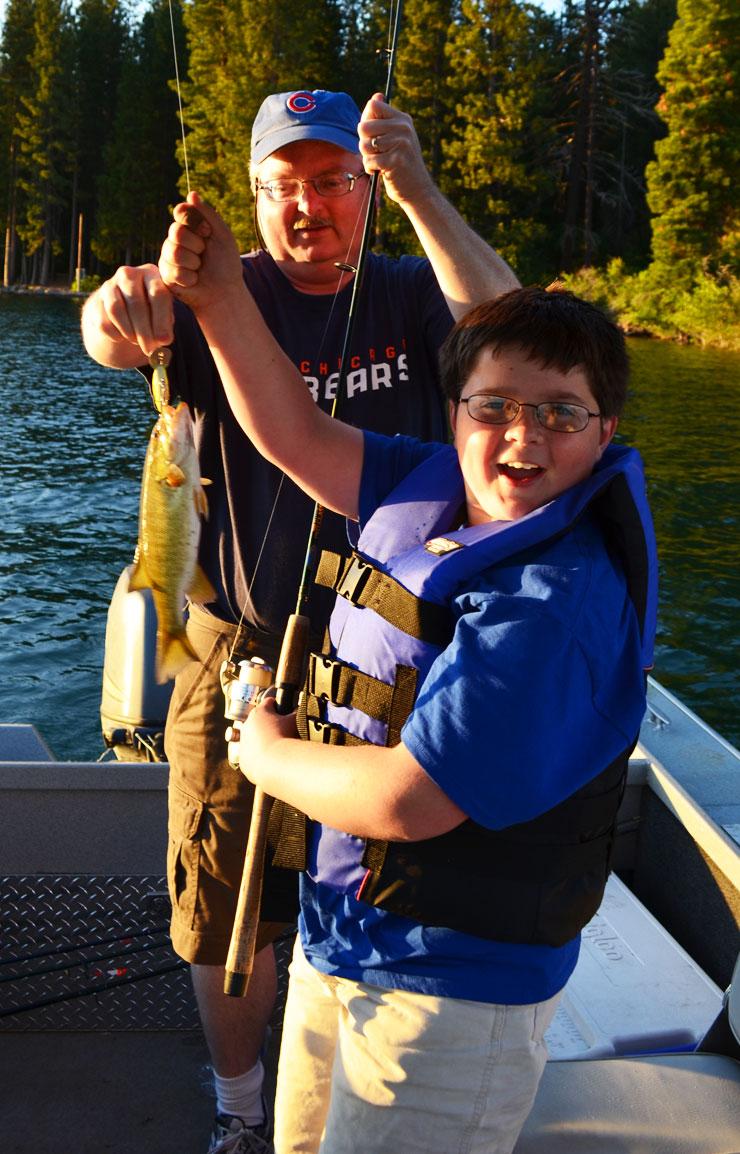 It did a lot of flipping about! 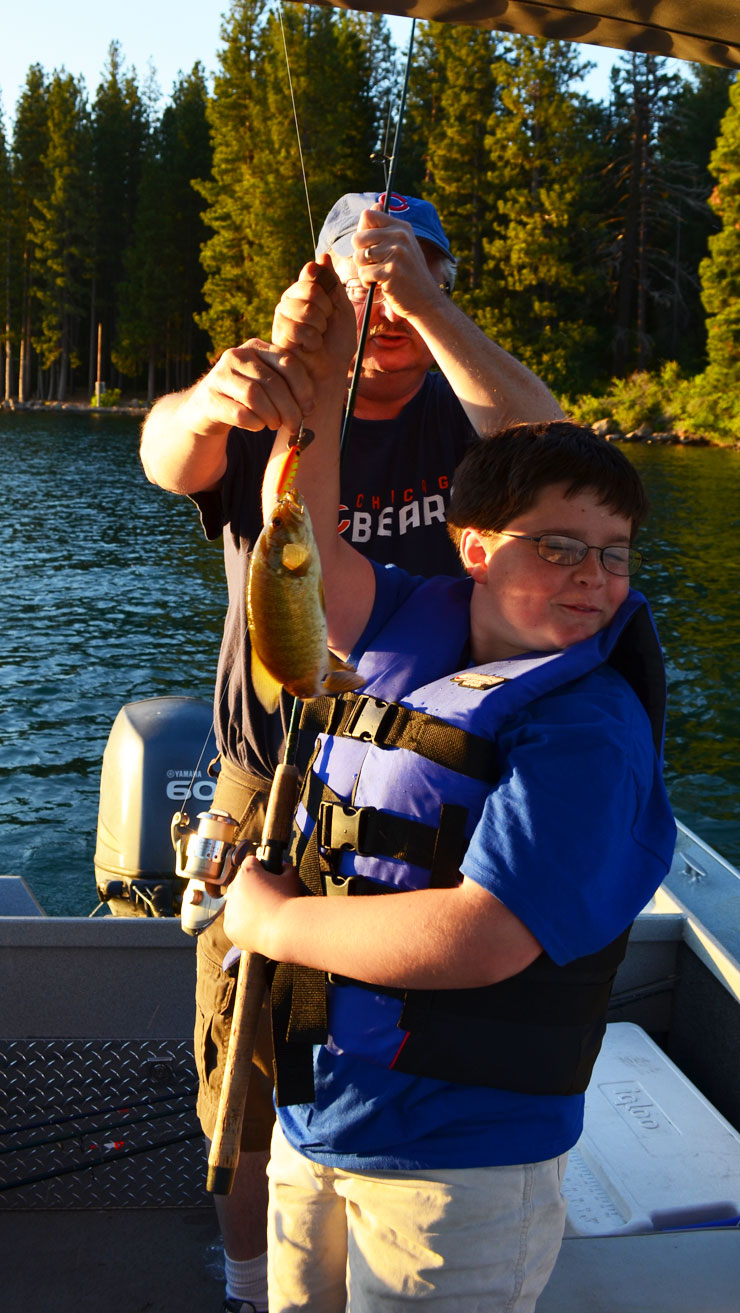 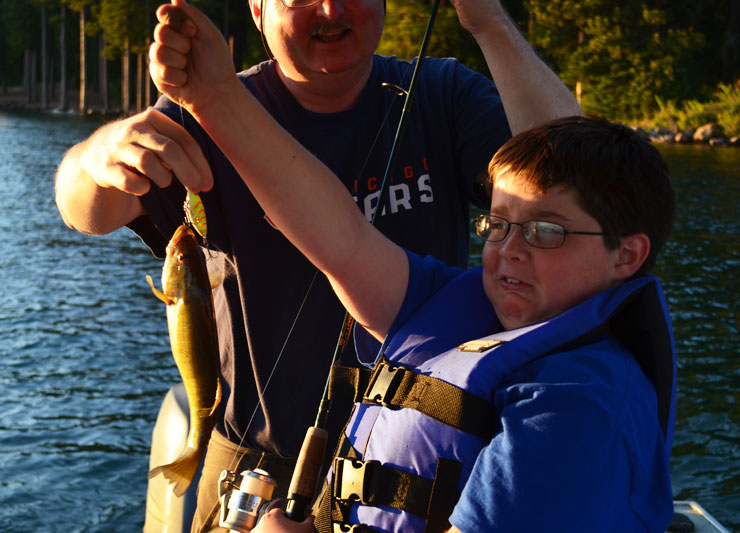 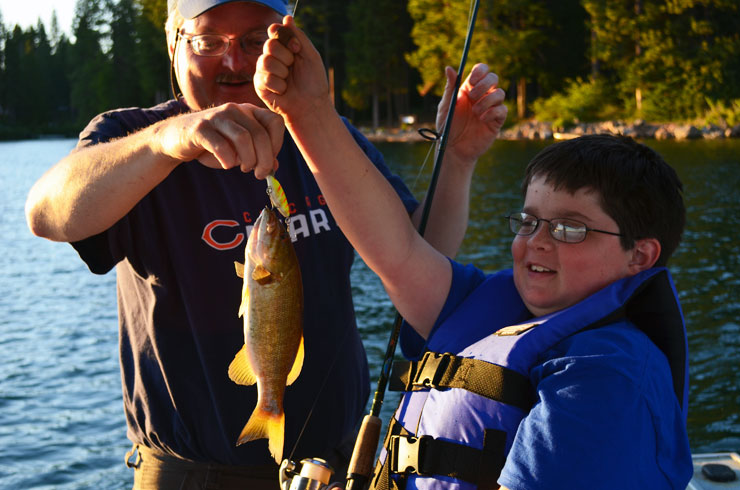 As the sun sunk lower… 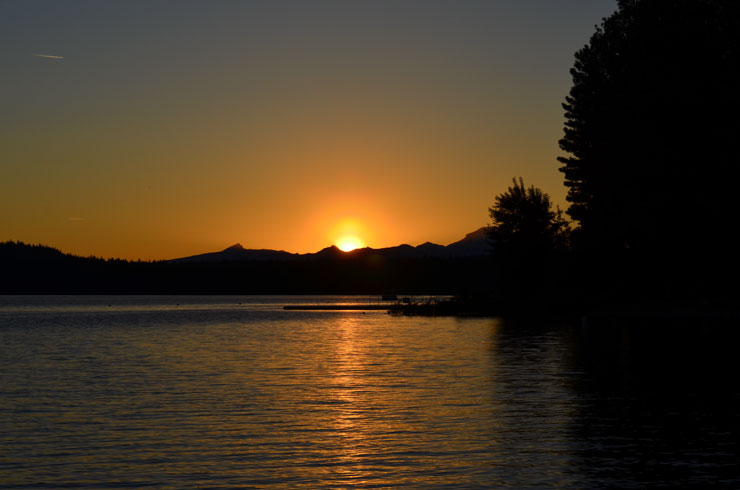 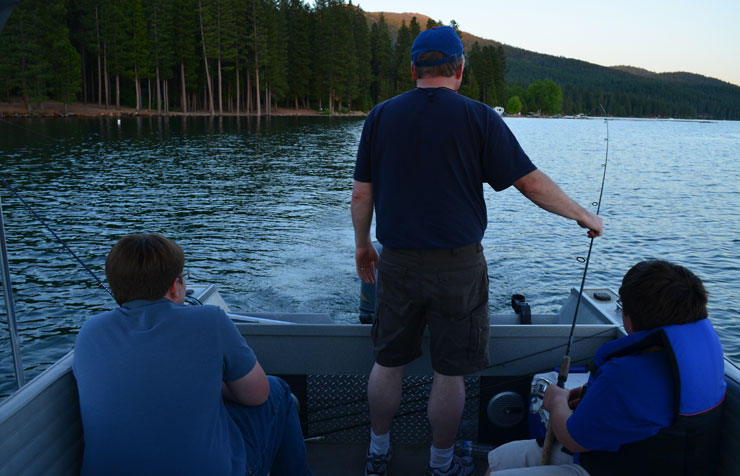 Logan caught a second bass…this one was really dinky! 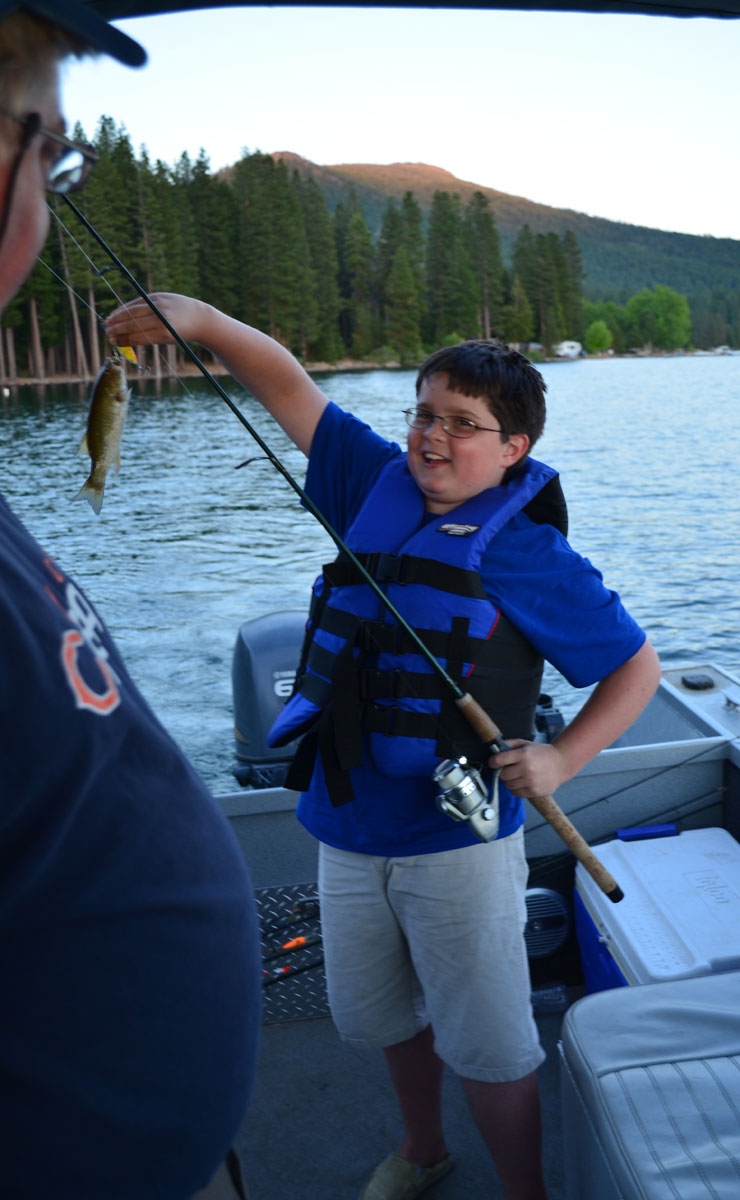 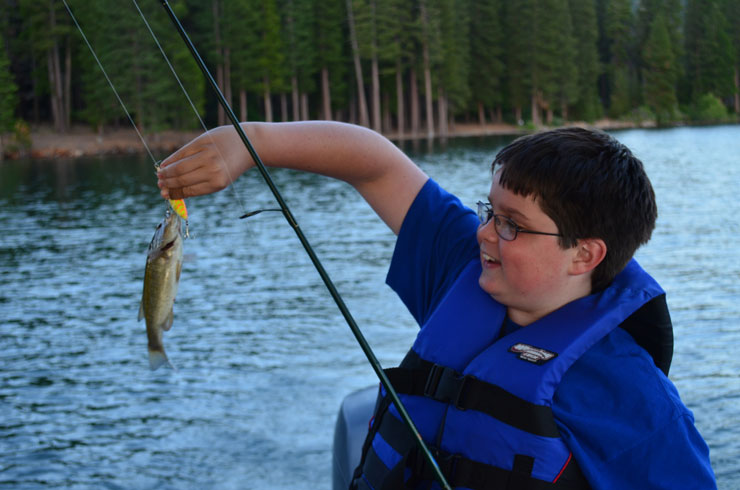 Next, Liam caught a bass: 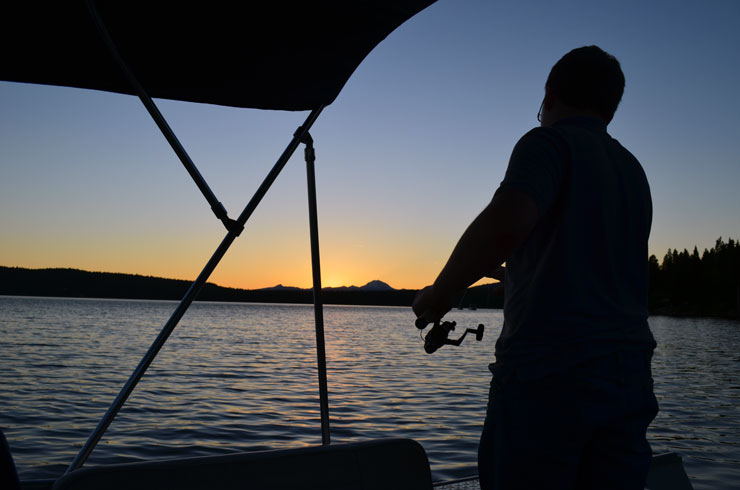 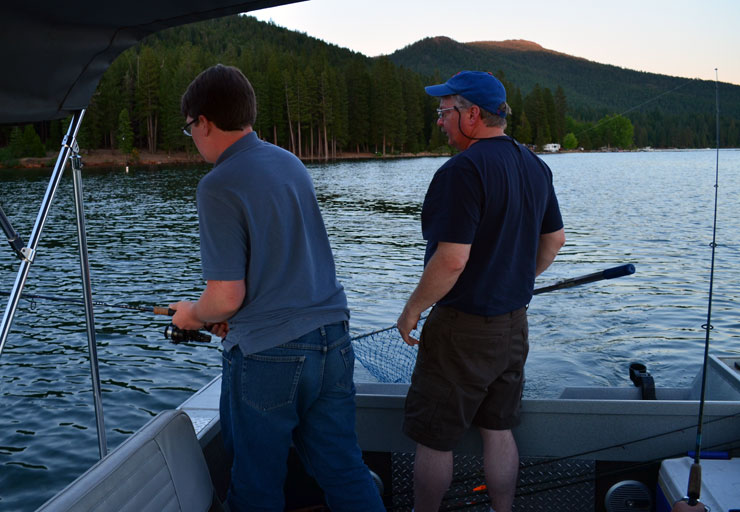 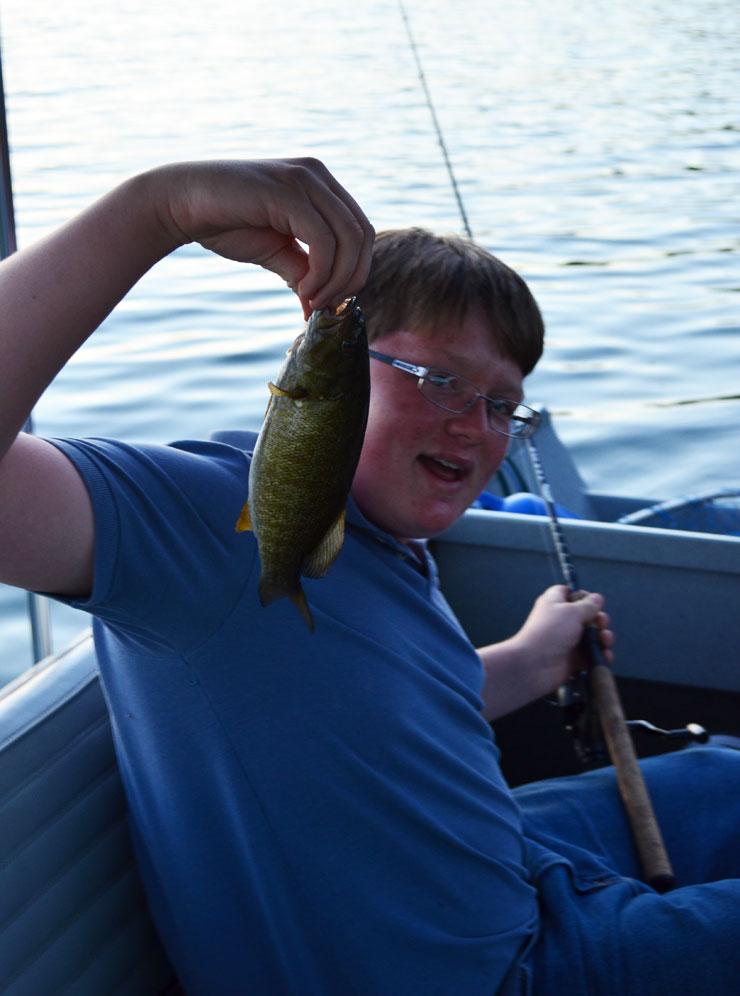 Both boys were definitely having fun, which is what hubby’s been hoping for, but everybody want to catch a BIIIIIG one! So the fishing continued as the light dwindled. 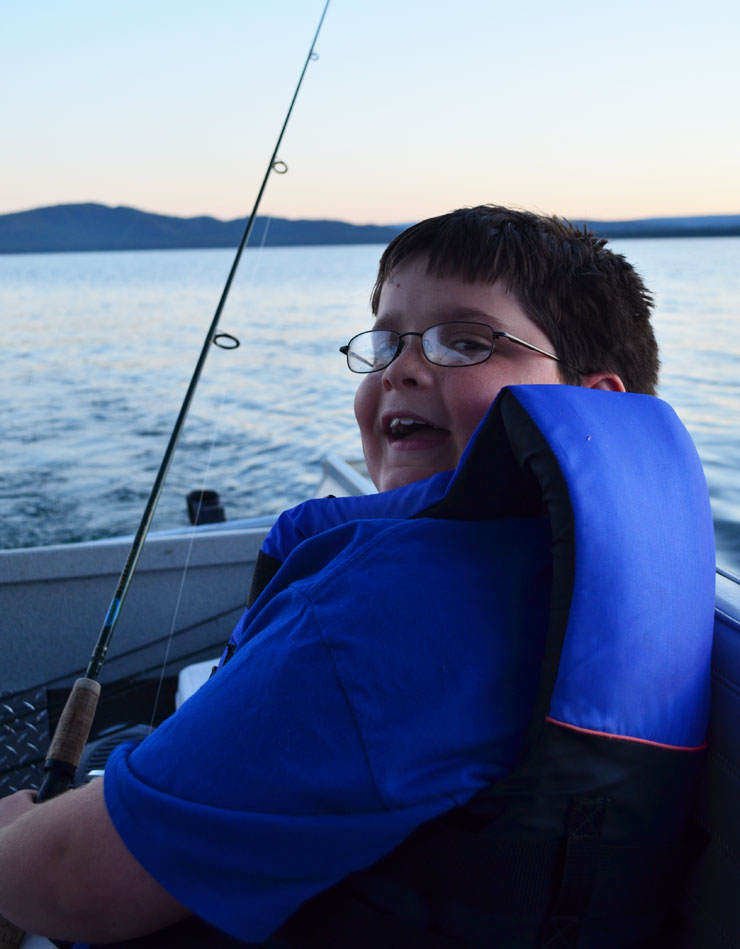 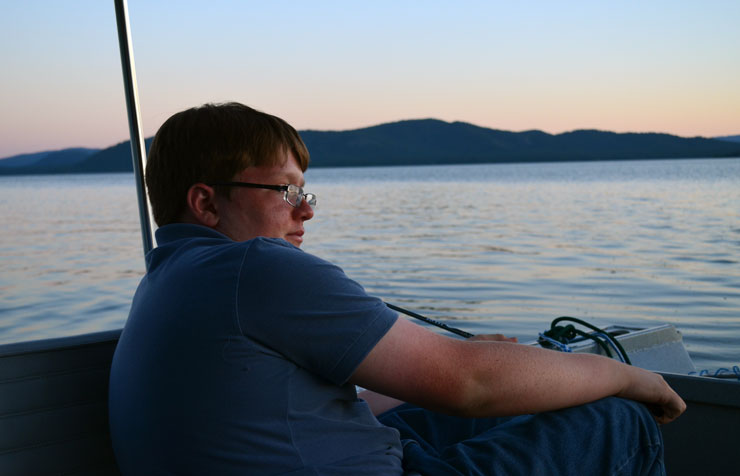 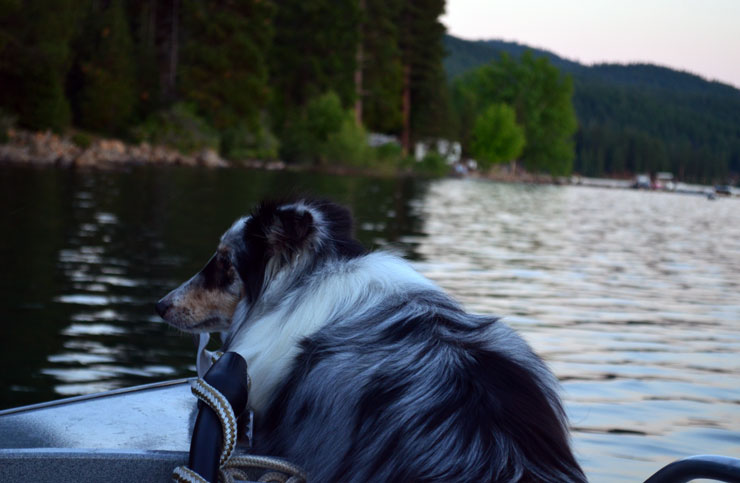 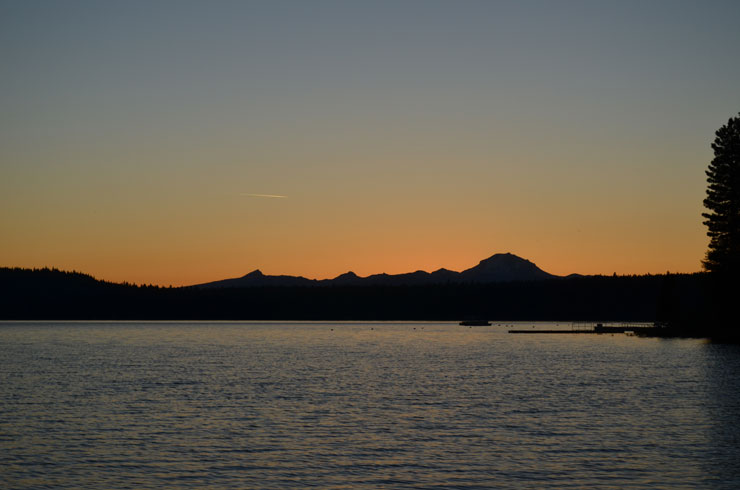 And then…Logan gets another bite! 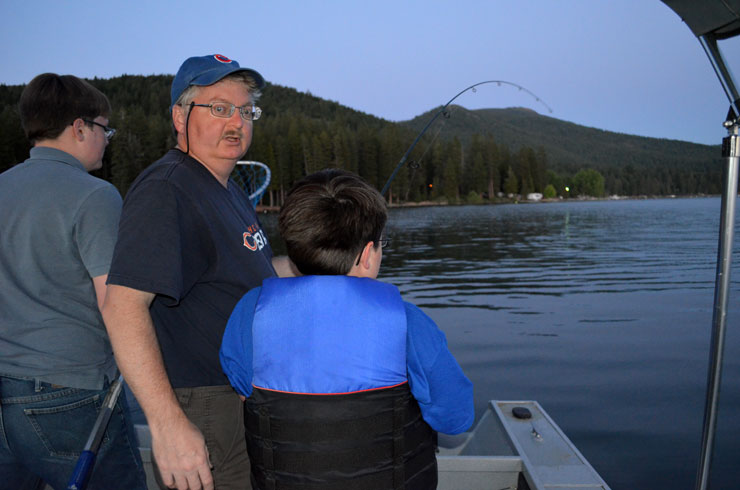 And it’s a BIG bass! 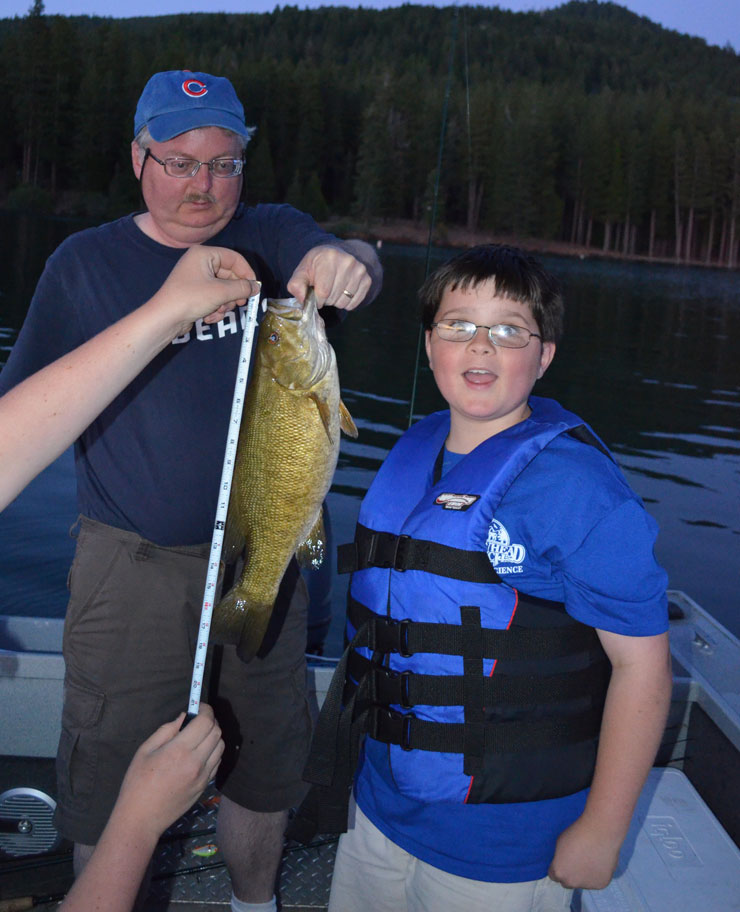 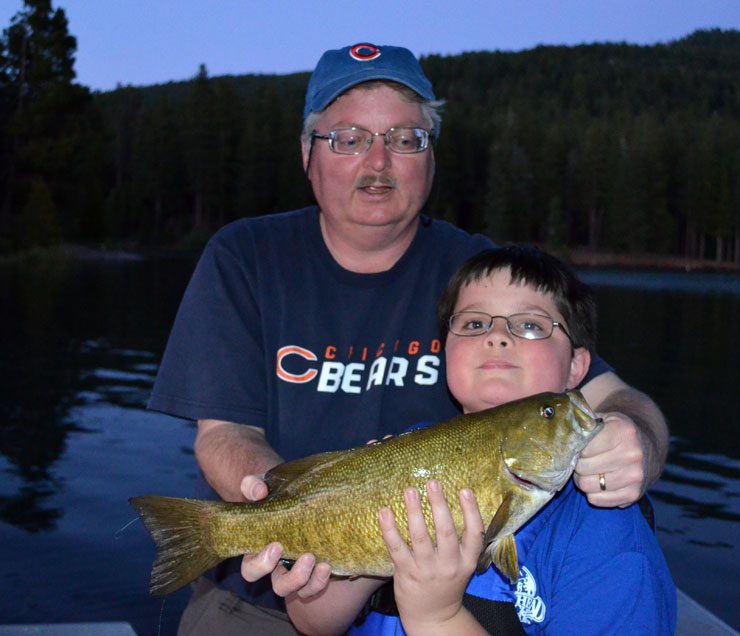 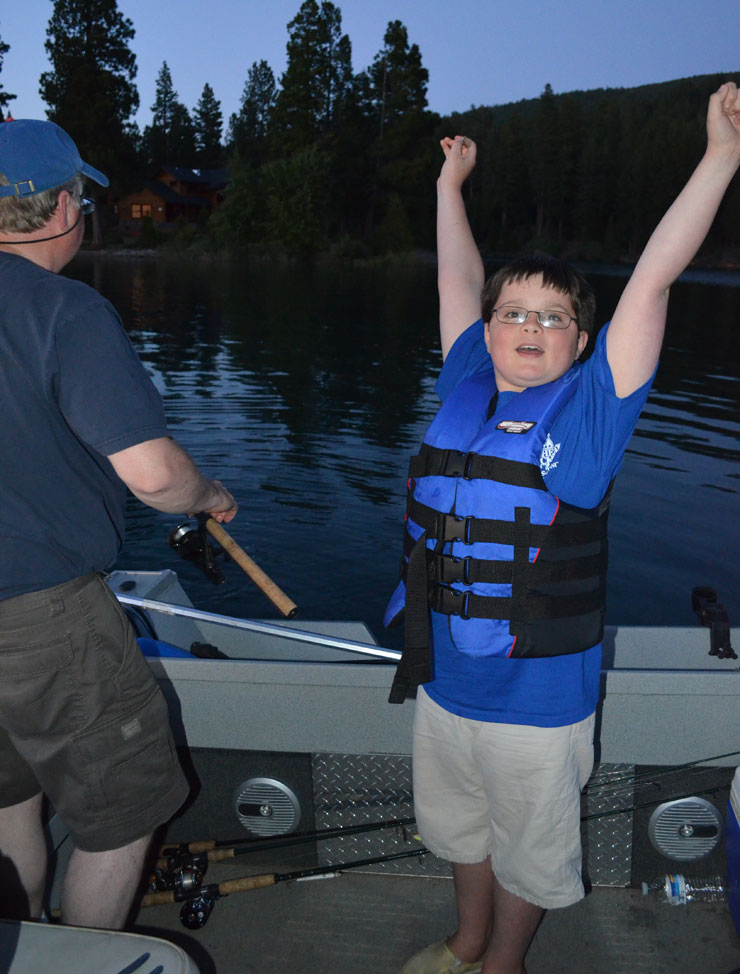 But would Liam ever catch another fish? It was totally dark, we were just about back to the dock, when Liam got a snag that wasn’t a snag! What was it???? 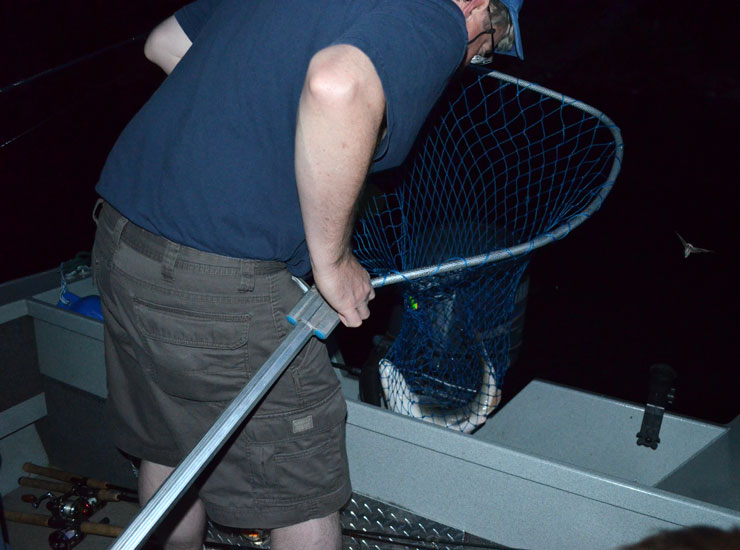 Andrew had NO idea what this fish was!!! 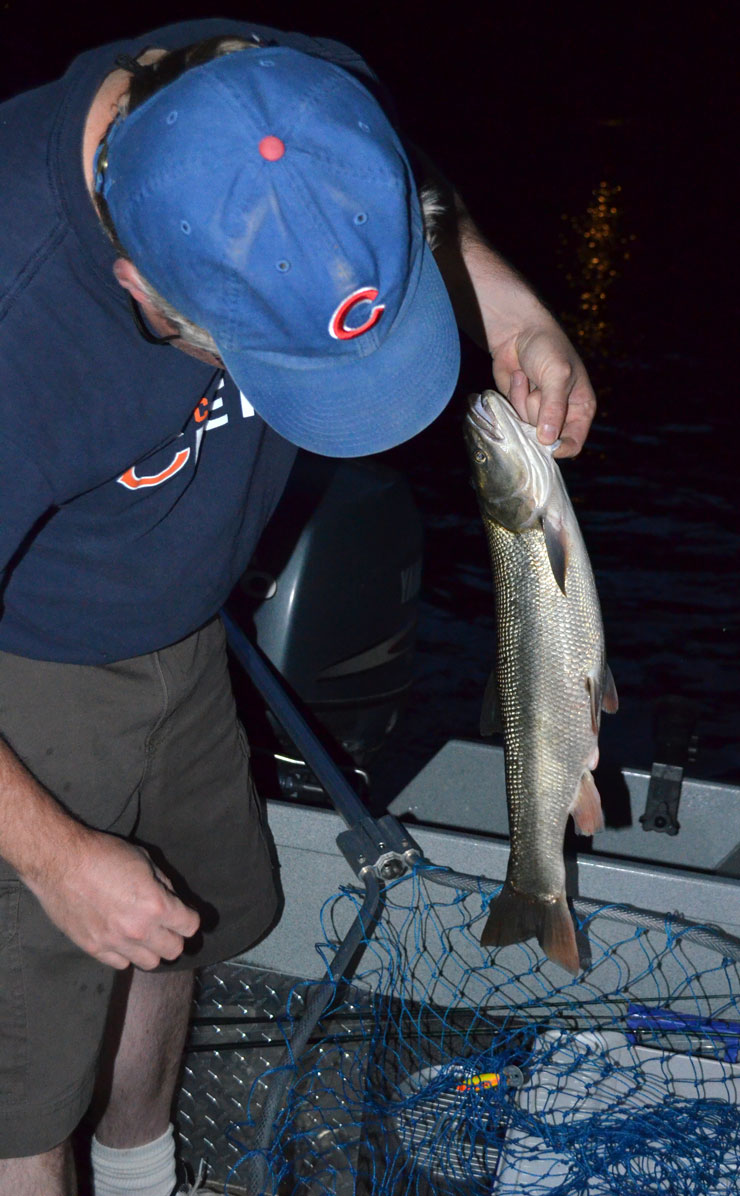 But whatever it is, it was BIG! 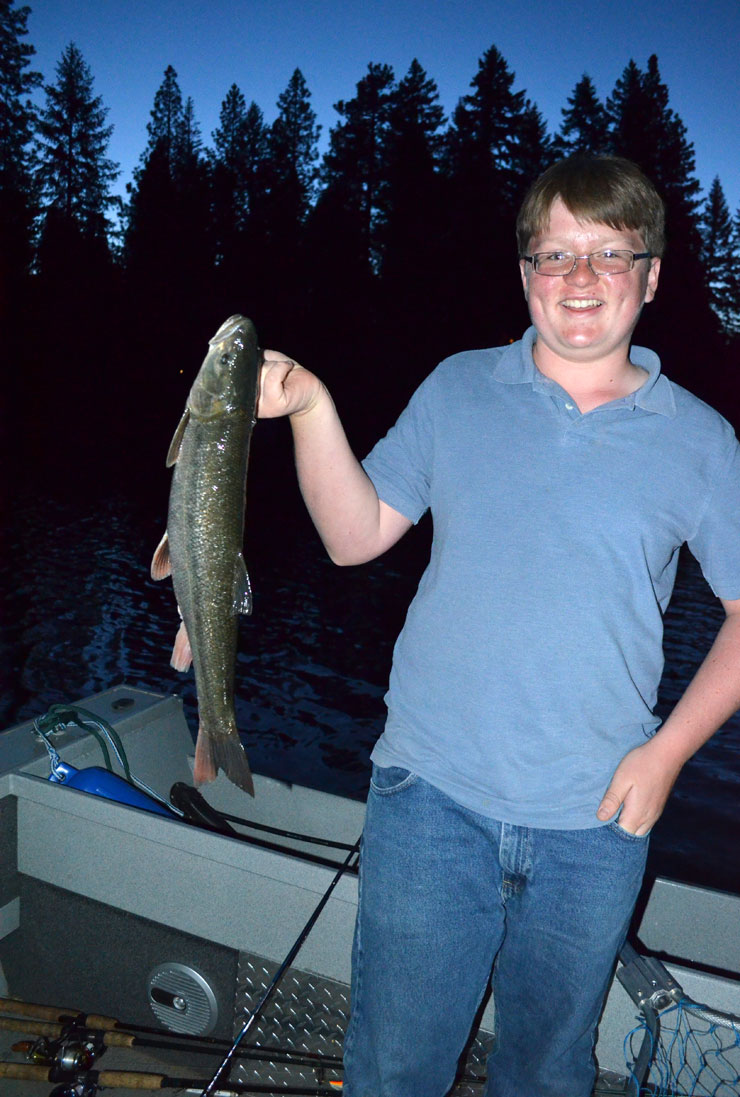 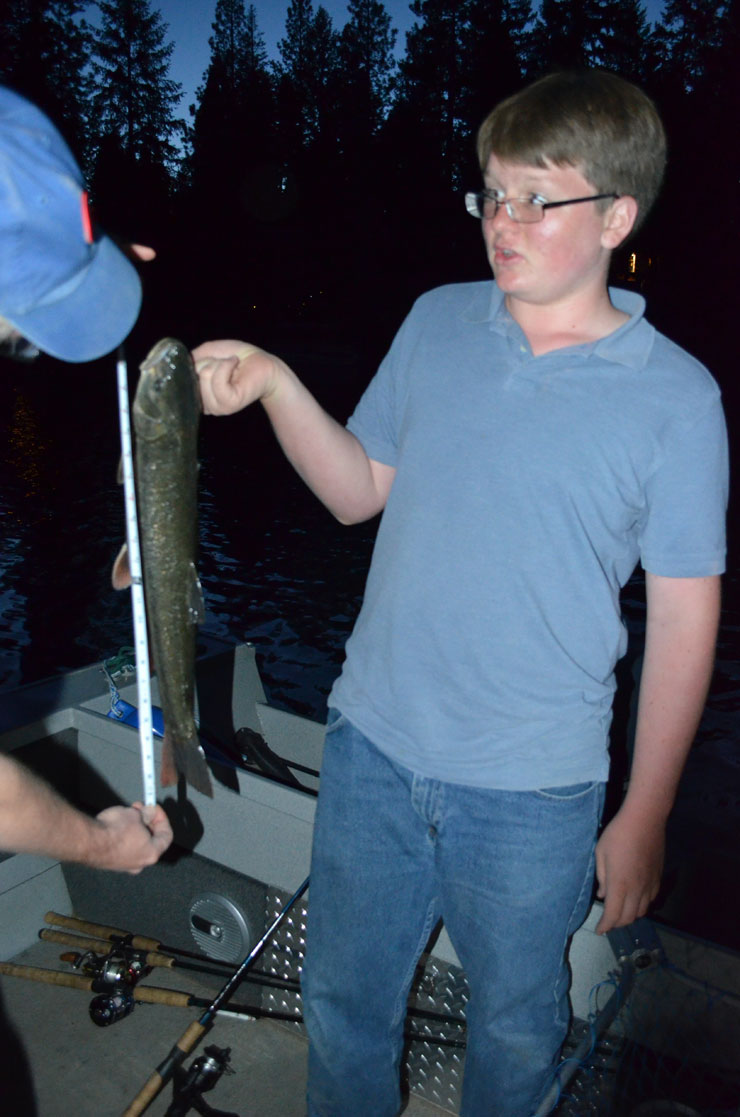 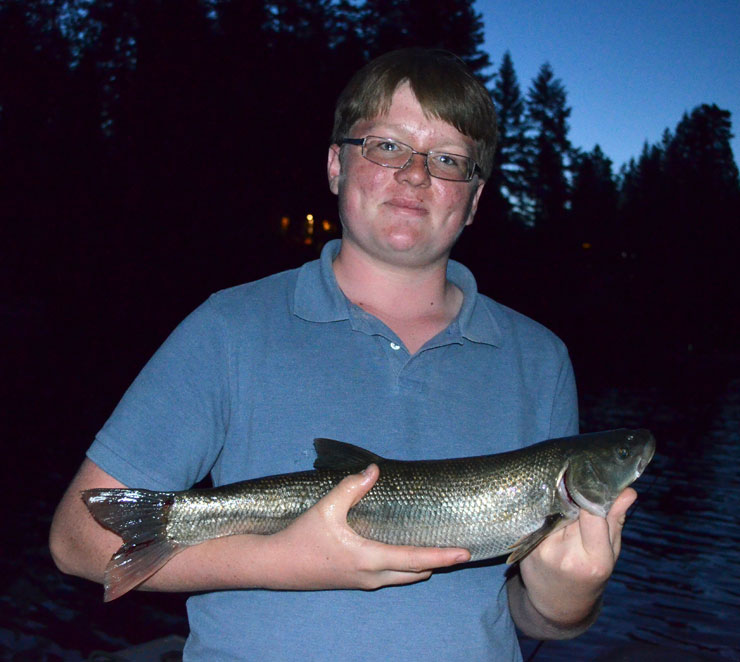 We had to look this fish up the next day – it’s a really old species called a “Sacramento pikeminnow”.

It was a great evening fishing! Success!!