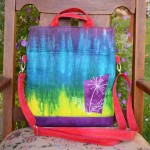 I’ve got another patient client who really loves purple and the lime green I get when dyeing navy next to Chartreuse. Although I’d originally planned to put some birds on like I usually do, she saw a picture of those iPad envelopes I made last week with a dandelion motif and asked if I could do that instead: 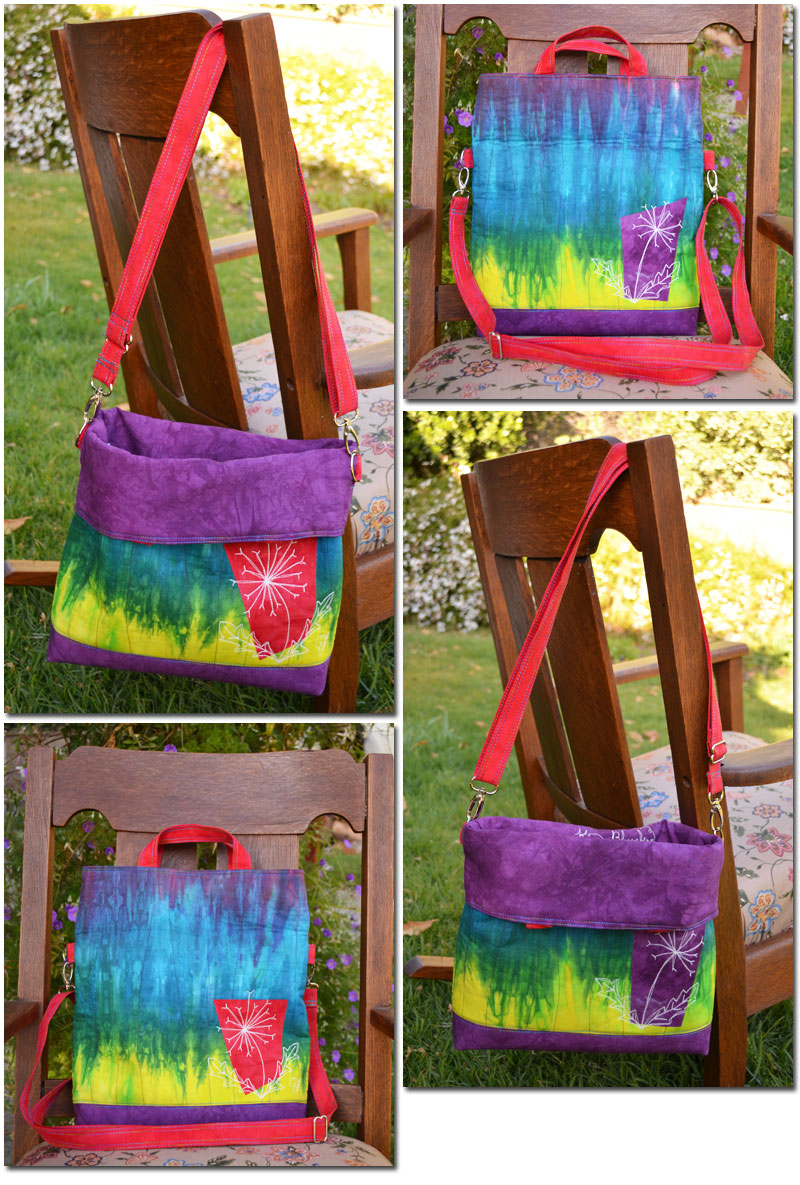 I’m using a different style of swivel hook on this bag. I was worried that it would be a bit too thick, but I’m thinking that it isn’t, so I’ll probably start using these hooks in the future. I added a couple of personal details: I stitched her name in the inside (I hope she doesn’t mind), and I made an earbud pouch out of scraps from the fabric (using Erin Erikson’s awesome tutorial). She’s a professional violist, so she probably always has an ipod in her bag. 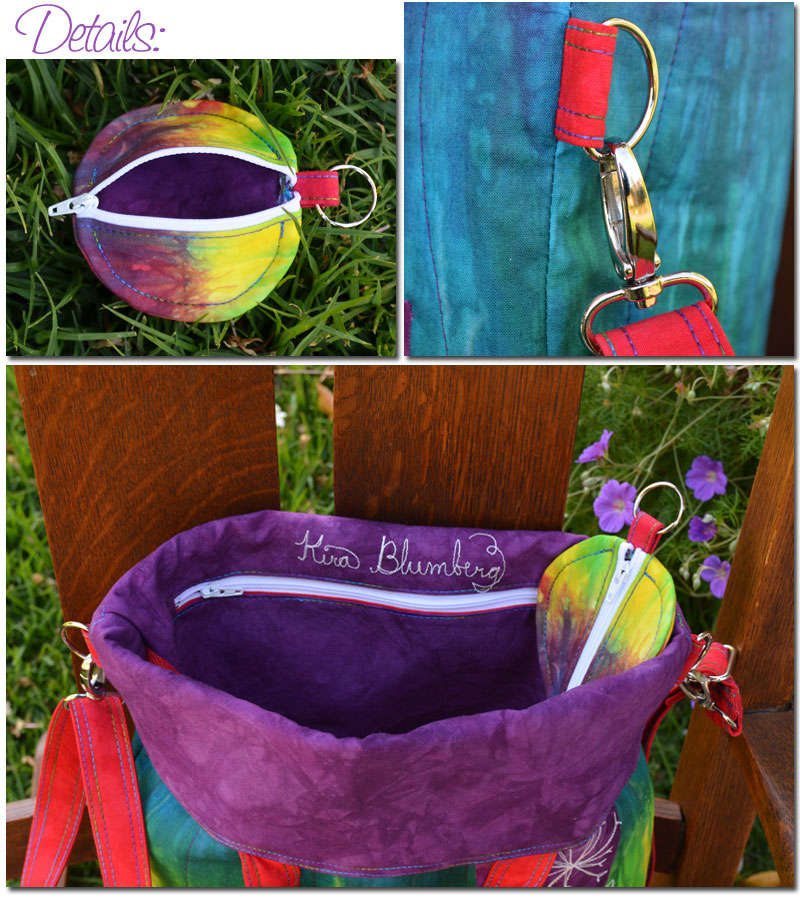 I posted a picture of this on facebook and she commented that it was “Deeply awesome!” so I guess she likes it! (She won’t pick it up til Friday, so hasn’t seen it in person yet!) 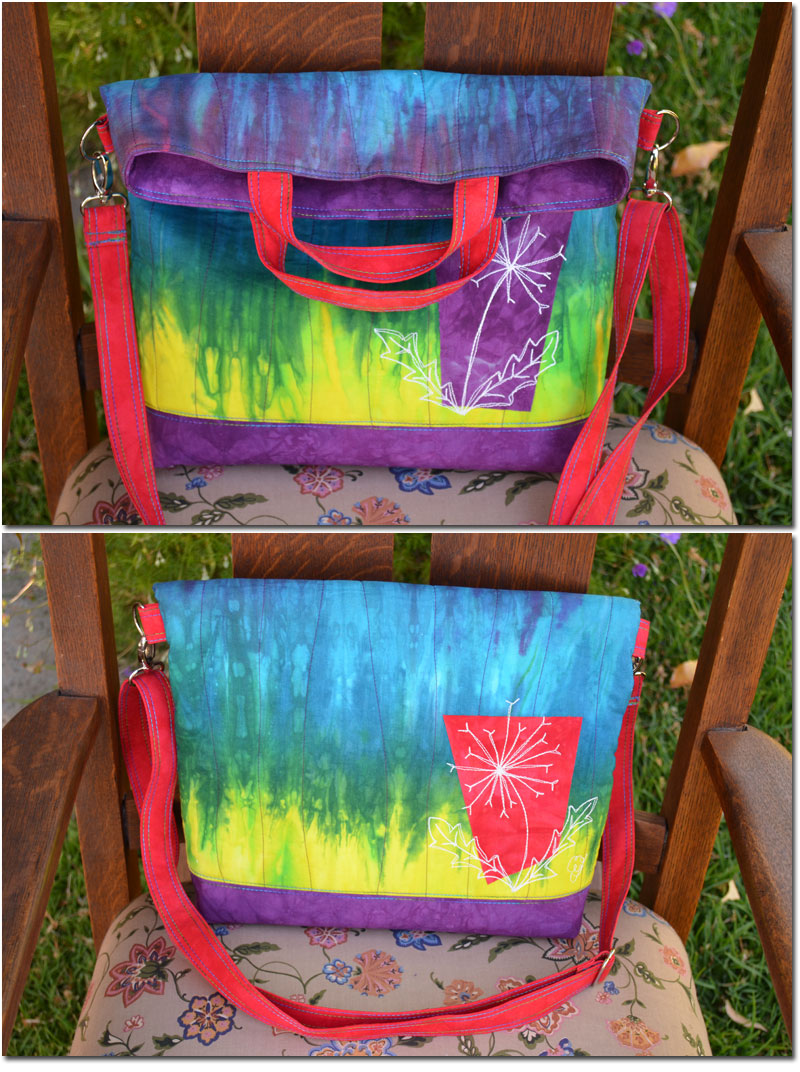 3 Responses to Commission Convertible Tote in Plum and Red