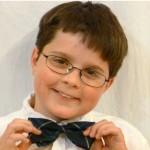 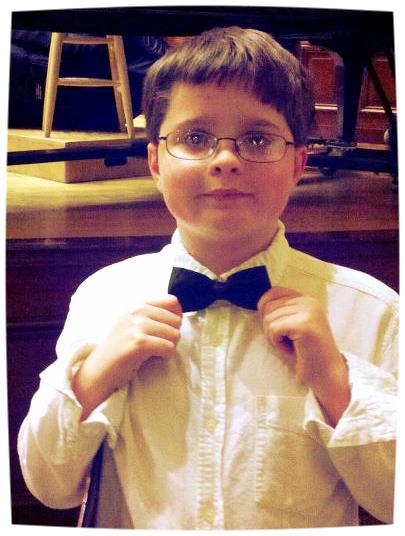 My 10 year old Logan is a California kid – he wears shorts 355 days a year, and I have to force him into jeans on the few coldest, rainiest, miserable days. He really hates getting dressed up, and can put up quite a fuss.

Last weekend, during the wind up to him NOT wanting to get dressed for a symphony concert and somehow, Liam turned it around while they were getting dressed and the next thing you know, Logan wants to wear a bow tie, along with dress pants, shoes and a white shirt! Holy Moly!

During the performance, he turned to me during the applause between each piece and said “I’m wearing a bow tie!” Here’s a quick pic I snapped with my cell phone:

On the way home, he told me he wanted a bigger bow tie, that was more colorful! When would he wear it, I asked? Why, the dance at school! The 5th graders have been learning different dances, and his favorite was the salsa. He was actually excited about the dance, because the teacher’s had been emphasizing the dancing, and downplaying the whole social aspect of it all. So off he went to school on Friday, with Daddy’s Clan Douglas bow tie: 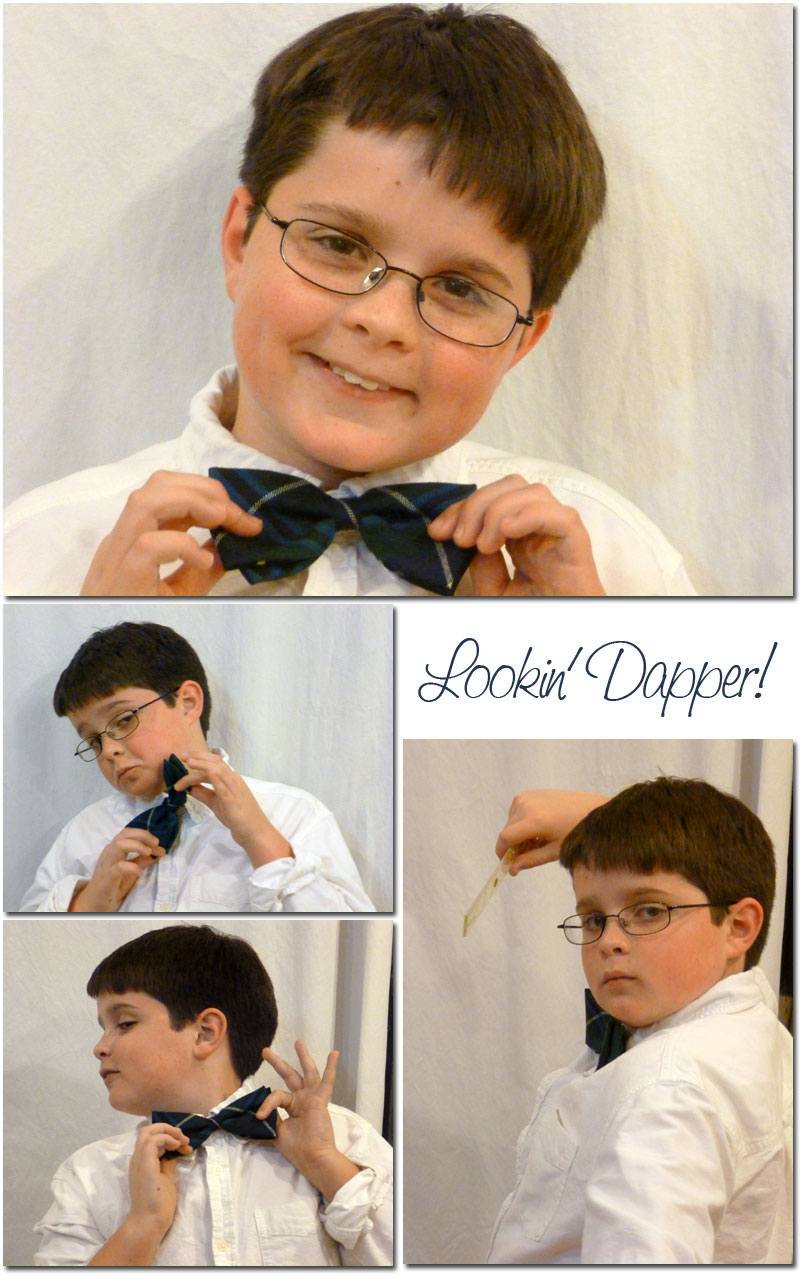 I wish the story had a happier ending, but alas, it was not to be. The dance did not go as planned, the girl he wanted to dance with (because she had agreed to the variations to the salsa that he had invented during the dancing classes) did NOT dance with him. I didn’t really get the whole story, except that it was a big disappointment. Sigh…I believe he has entered the age where girls and boys are on different sides of the gym, so to speak.

Here’s hoping he keeps his love of looking dapper!