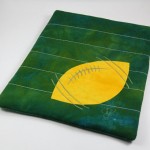 I had a visit to my studio by a woman who commissioned an iPad cover for her friend who really loves the Green Bay Packers. We spent a bit of time looking through my stash to find the perfect green. The one we ended up with has some nice mottling with some gold peeking through, so it was both Packer colors in one!

When she then requested a football, at first I was hesitant. But when she made it clear that still wanted it to be abstract, with lines that just suggest those on a football, well it started to be fun! Because she had such a clear vision, I asked her to stick around while I cut the football. She was amazed to see that I was better at freehand cutting the football with a rotary cutter than drawing it with a pen. I, on the other hand, was not. This is just another example of how muscle memory is formed – I have spent so many more hours cutting and stitching than I have sketching, I am just more able to make things work with scissors, cutter or sewing machine! When trying to decide on a quilting pattern, I thought to use white thread and have even lines running across, rather than the abstract grid that is based off the 4 sided shapes I usually use, the client thought this was nifty! 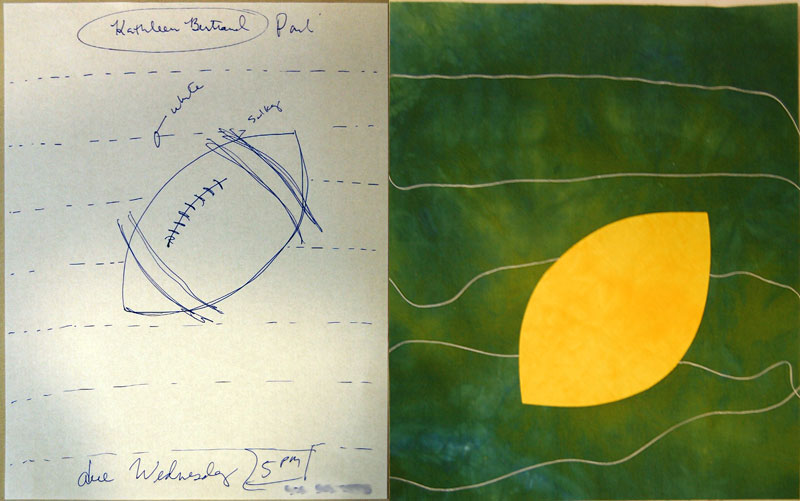 She left after I’d roughly showed her what it was going to look like, I think she got a real kick at seeing and being a part of my process!

I whipped this up the next day, and she came by yesterday afternoon to pick it up. She was delighted, and is sure that I’ll be able to hear her friend shriek with delight when she opens her present at the party today – hooray, another happy customer! 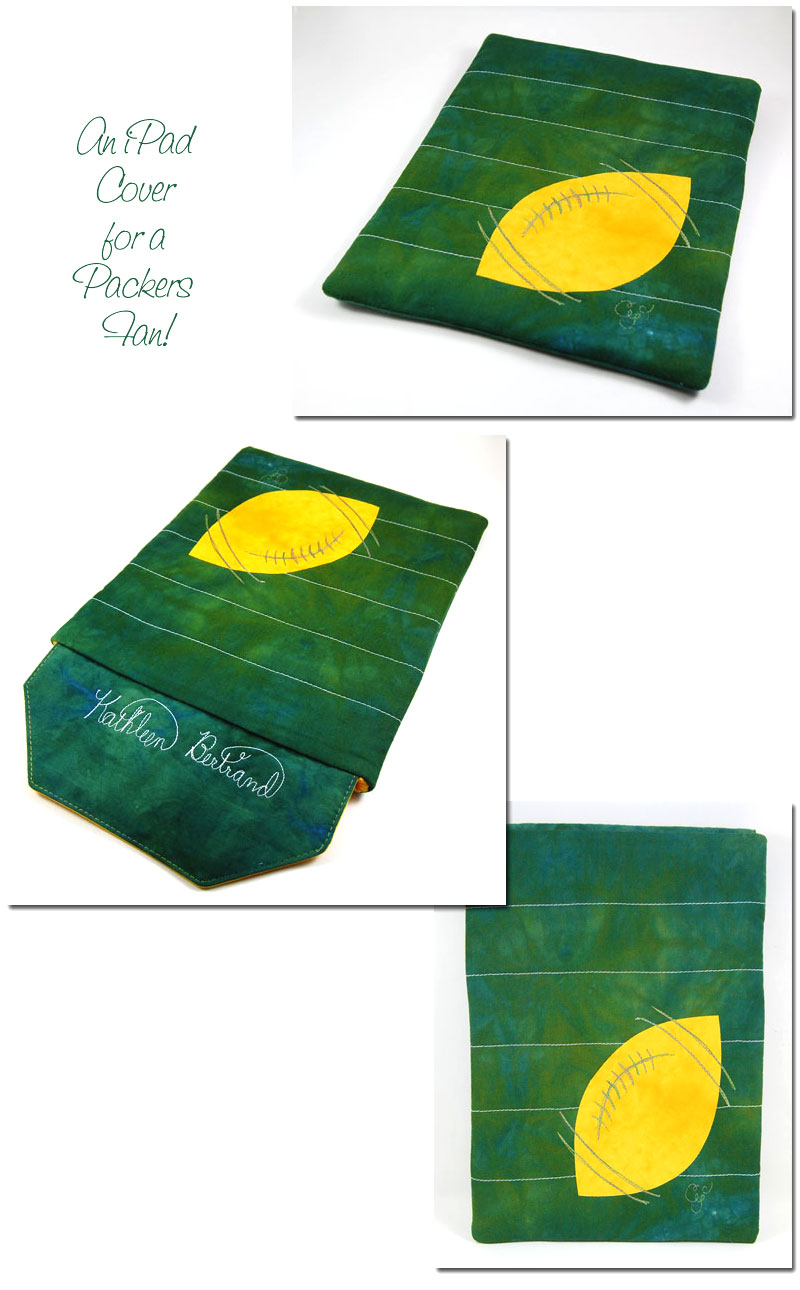 4 Responses to A Custom iPad Cover for a Packers Fan