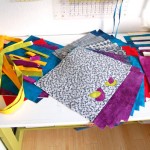 Well, I’ve gotta say that the response for the pre-orders of my DVD was totally awesome! I’ll run the pre-order fabric addition special until Thursday, and then ship out a bunch of DVDs as soon as they come in!

I have been working away on the list though, my biggest show of the season is in four days now! Yikes! On my last studio snapshots post, Deborah commented that I had a little assembly line setup. Yes indeed, assembly line sewing is where it’s at! 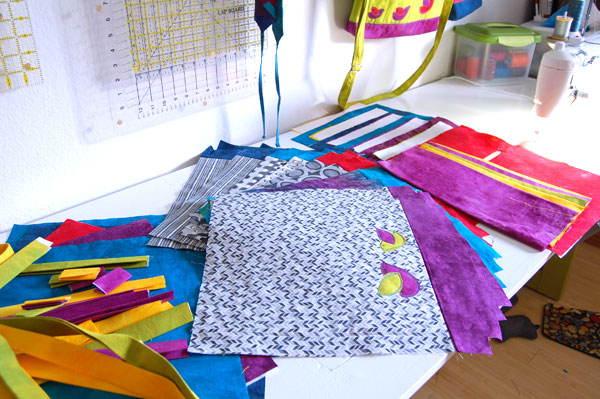 Of course, the problem with this is NONE of the bags are done, until all of them are…it’s always a little nerve wracking.

The studio is a bit of a disaster zone… 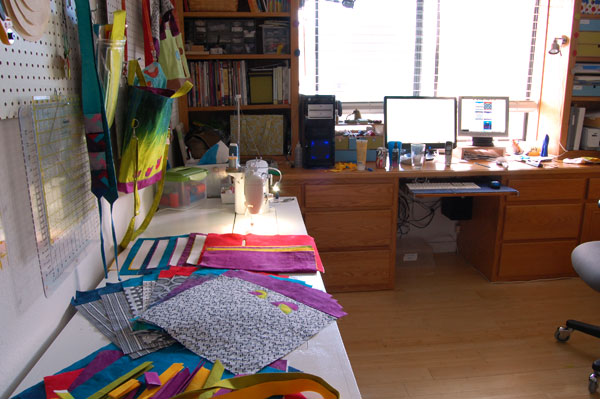 Ahh, caffeine, how I love thee! 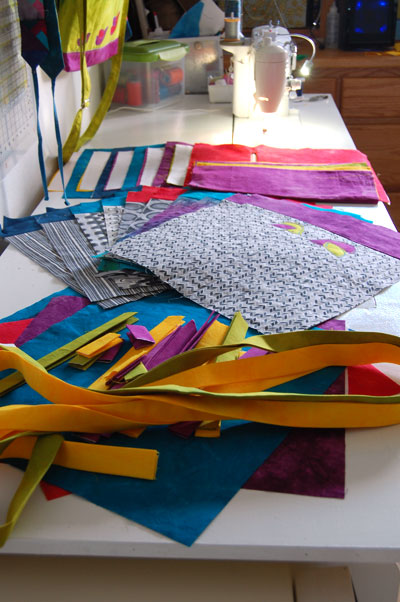 ← Preview from my DVD: “Dyeing to Stitch”
New Convertible Clutches →

2 Responses to Snapshots from the Studio | Assembly Line Sewing