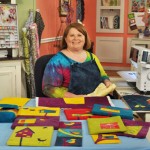 Finally, I can share with you some funny stories about filming my DVD!

First of all, the studio they tape in doesn’t have any place to prep dyes in, so I had to mix the dyes in my tiny hotel bathroom: 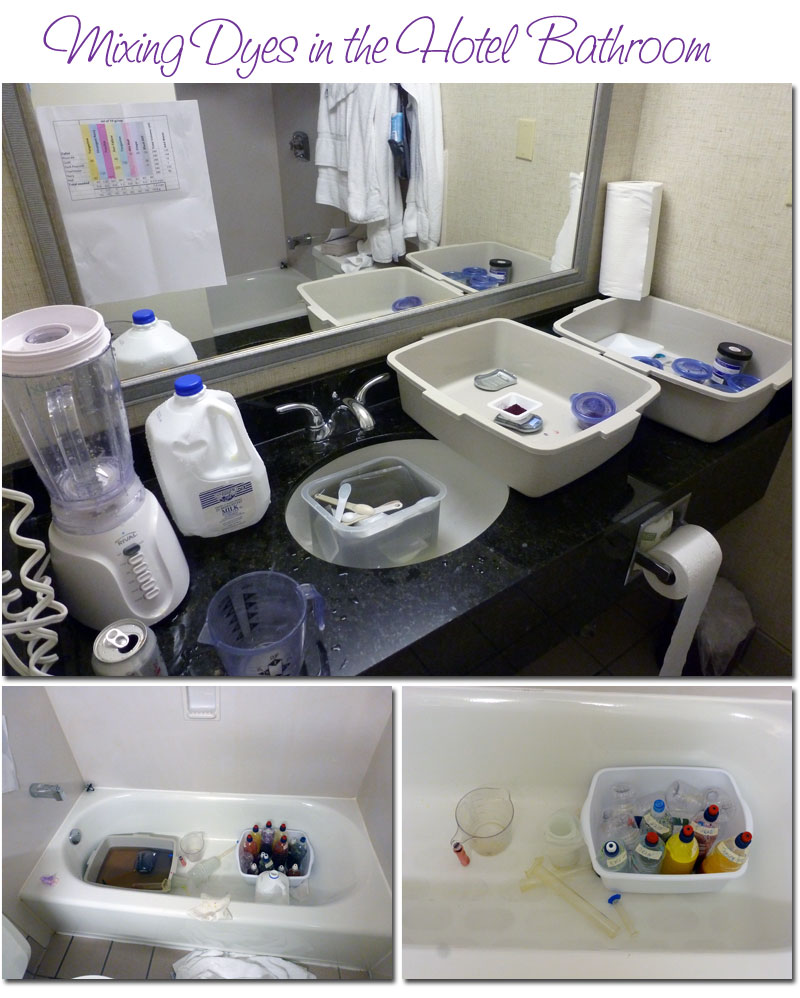 Aiyiyi, I was so nervous that I’d spill some dye powder. I’ve you’ve ever done this, you know that it can go EVERYWHERE! Anyway, I made it through with minimal mess, and I happened to be the in the room when the cleaners came in (maybe because I’d had the “do not disturb” sign up all morning!) and they didn’t freak out when they were in the bathroom! 😉

Here I am getting my mike put on – I was so self conscious, and someone was snapping pictures (Jo I think?), so I hammed it up a bit to relieve my nervousness: 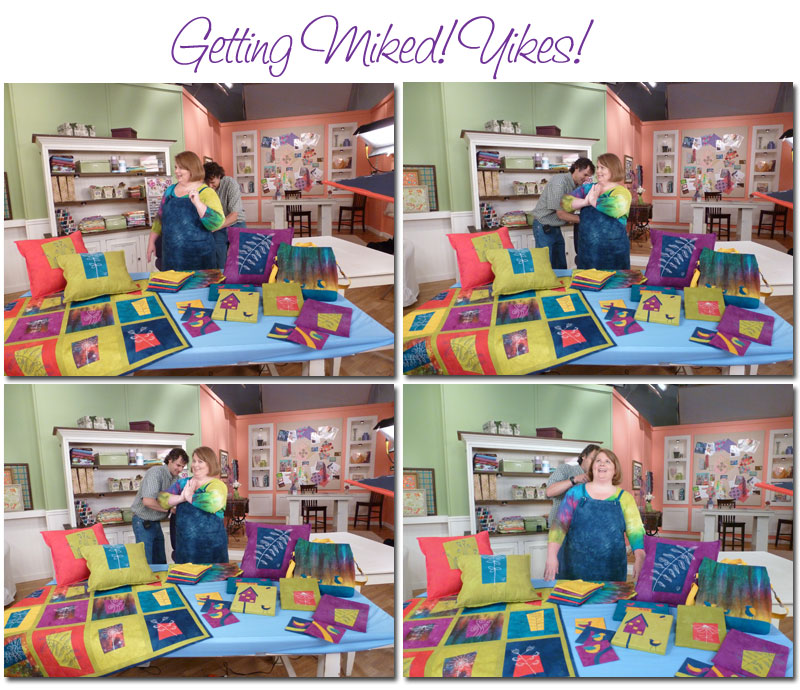 So, when they’re taping, whether it’s for the TV show or your DVD, they want you to keep going UNLESS they say stop, and if they do, you’re supposed to STOP! (So they can then rewind the footage to a spot where you can pick up and keep going). Last year, during the taping of my 2 episodes of QATV, we didn’t have to stop (except for right at the beginning). This year, during one of my QATV tapings, I got the dreaded “stop, stop, stop” from Pokey! I had said “Bernina”, and that’s against PBS rules (they’re sponsors, so you can use they’re machines, and they get mentioned in the credits before and after, but not during!). Anyway, I FROZE, literally, I didn’t even breathe! The crew told me I didn’t have to stay that still, and then they talked me through backing up my stitching until right before I said the dreaded “Bernina” word!

This was very useful, because during my DVD taping we had to stop a couple of times, and I wasn’t as freaked out about what to do because I’d already gone through it. I’m especially proud of the last stop recovery: at the very last stitch of my 2nd (of 3) stitched samples, the top thread broke. Instead of stopping right away, I kept going, cutting off only the bobbin thread, finishing up talking about that project, and turning back to the front table, all the while in my head I was thinking about the easiest point to stop so we could get the machine rethreaded (cause there was no way I was gonna thread it while the cameras were rolling!) I ended up introducing the last piece, turning back to the machine and then saying “and now we’ve got to stop and re-thread the machine”. We did that and then I just moved halfway back through the turn and kept moving my hands to their directions until I matched it up to my first turn, and on we went.

It was a wonderful experience, all the folks at Beachwood Studios are VERY helpful. They were also REALLY glad that I had a late plane departure the next day, because we finished at 6:01 and everyone wanted to go home! 🙂

After I was done taping, I put all the fabric outside the studio building to batch, rinsed it out in my hotel bathtub that night, and then washed it in the hotel guest laundry the next morning so I could pack it up and bring it home! I don’t have photos of THOSE pieces of fabric, but the 6 multi-color patterns I dyed are these: 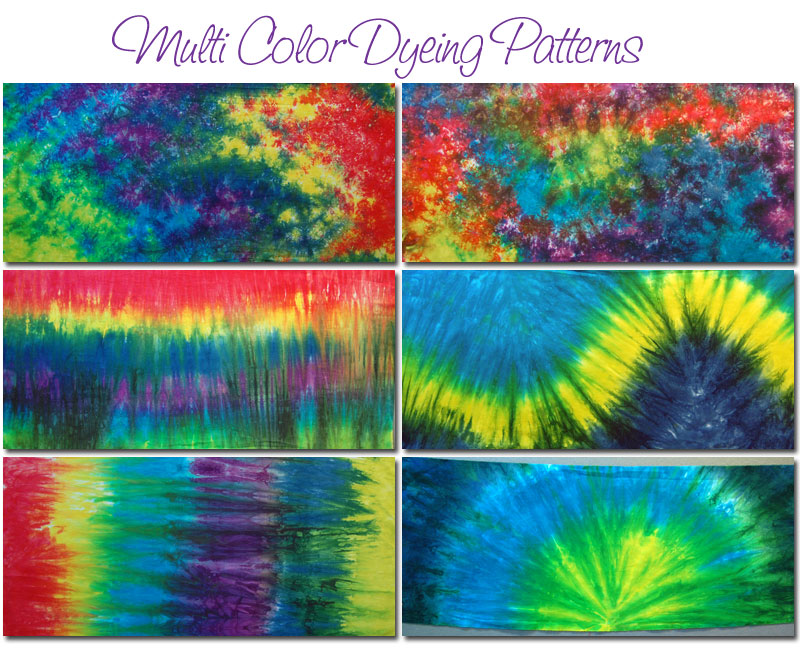 The fabrics I dyed on camera are special to me, I didn’t want to just add them to my stash, so I’ve decided to make them a…

Pre-order the DVD and I will ship it as soon as it arrives (end of October/early November) and include a piece of the fabric that I dyed while filming this DVD! (I was thinking a fat quarter sized piece, gotta make that a fat eight, this was so popular!).

This is a little “thanks for your enthusiastic support” and will continue until I run out of the “DVD fabric”.

← The Girl Effect
Preview from my DVD: “Dyeing to Stitch” →

6 Responses to Filming my DVD “Dyeing to Stitch”