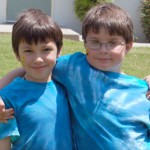 Hooray! School is out for the boys! They were in such a good mood on the last day of school (which was Wednesday) that they agreed to post for pictures (it was “Western Day” for Logan, thus the cowboy getup). I wish I had positioned them on the first step, so we could better look at how much they’ve grown this year! 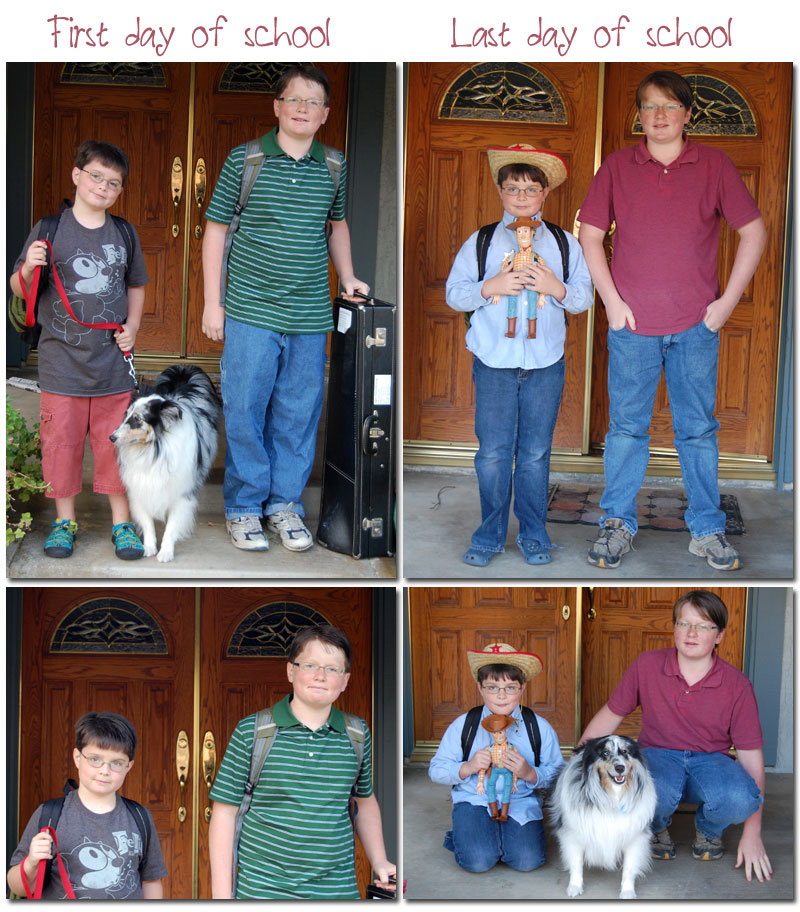 On Tuesday, I had my annual “Tie Dye Day” with Logan’s classroom. The kids had a great time! Here they are modelling their shirts: 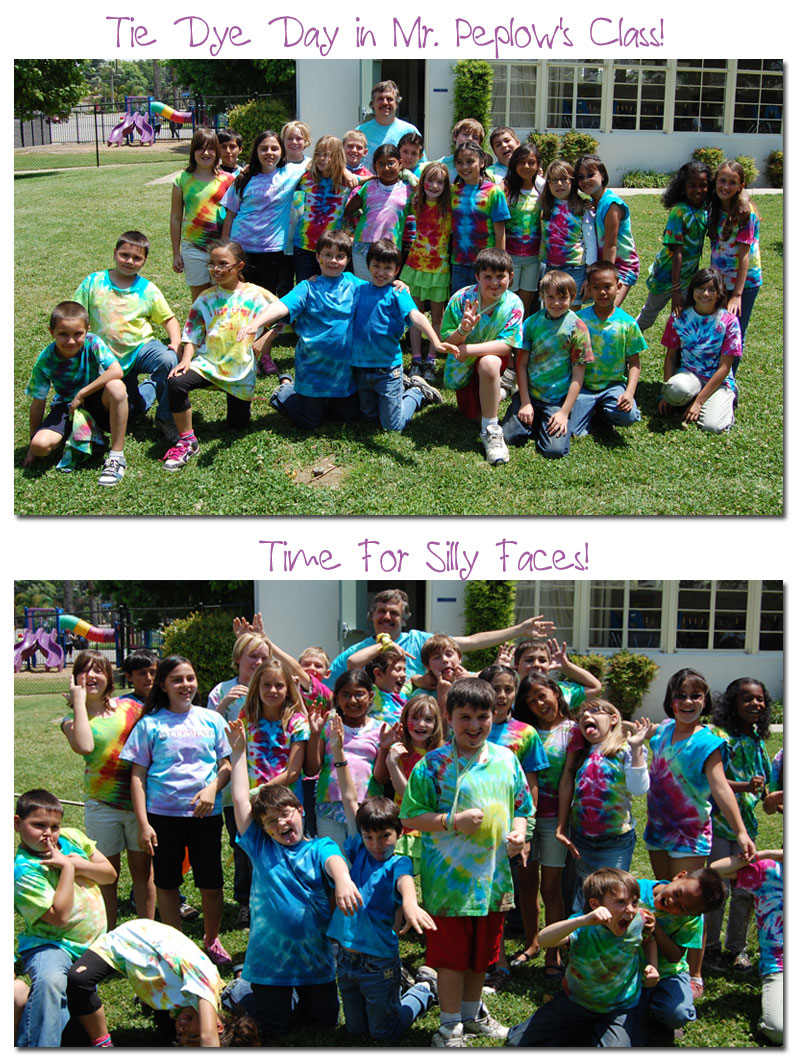 Logan has had Liam’s classroom teacher, four years later, for every year that Liam went to school in California. This year he had Liam’s most favorite teacher ever, Mr. Peplow. This man is so enthusiastic, and he really understood and connected with both my boys. Logan had a great year, and grew so much, a lot of that is thanks to Mr. Peplow. 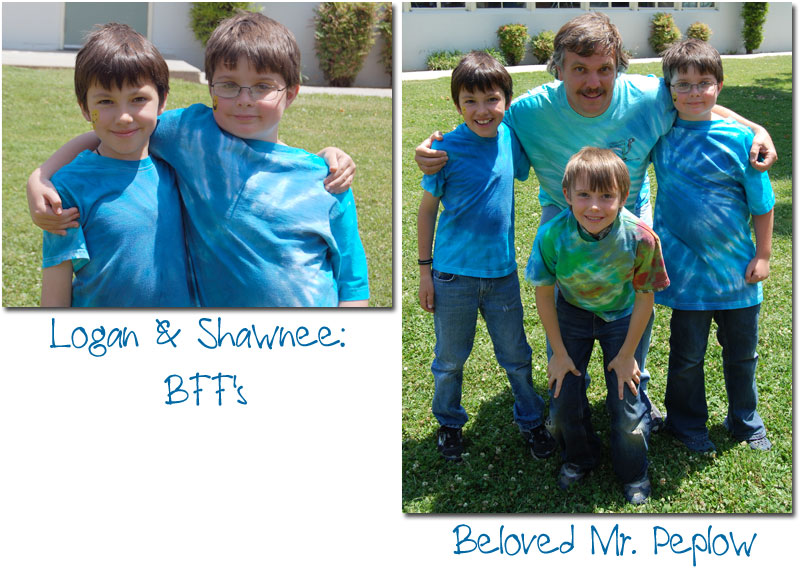 One of the Logan’s greatest leaps forward has been his friendships. He’s got a couple of good ones, and one really special one: Shawnee. Logan usually walks home, but the penultimate day of school I had been there to deliver the shirts and take pictures.

My most special moment from this momentous week? As Logan and I headed to the car, Shawnee calls out “Love you!” Logan replies “Love you too!”

7 Responses to One Moment | End of the School Year