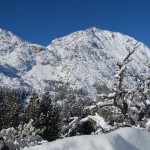 We had a wonderful 3 days up in June lake, in the cabin of a wonderful friend! The boys haven’t really played in the snow for several years now, and every winter they bemoan that fact. (Here in Redlands, we can see snow up in the mountains just an hour away…but we’ve never taken the time to go find a place to play in it. This is partly because people do odd things here…when there’s lots of beautiful snow on the mountain, and it’s a weekend, people, lots of people, will drive up into the mountains. At some point, they pull off to the side of the road and play in the snow right there. TOTALLY BIZARRE! If the snow is down that low, it usually means that another quarter mile up the road you’re required to put chains on your car to drive any further. Now, I don’t know about you, but pulling off the road to play in 4 inches of snow surrounded by strangers is NOT my cup of tea. Our meager vacation dollars I’d much rather save for time in the summer).

Sorry for the rant of the craziness that is Southern California. On to the pix!

The boys had a LOT of fun sledding! It snowed off and on from the time we got there Friday night until Monday morning, so there was lots of fresh powder that made for awesome sledding. Poor Stirling tried to herd them, so he stayed inside with me! 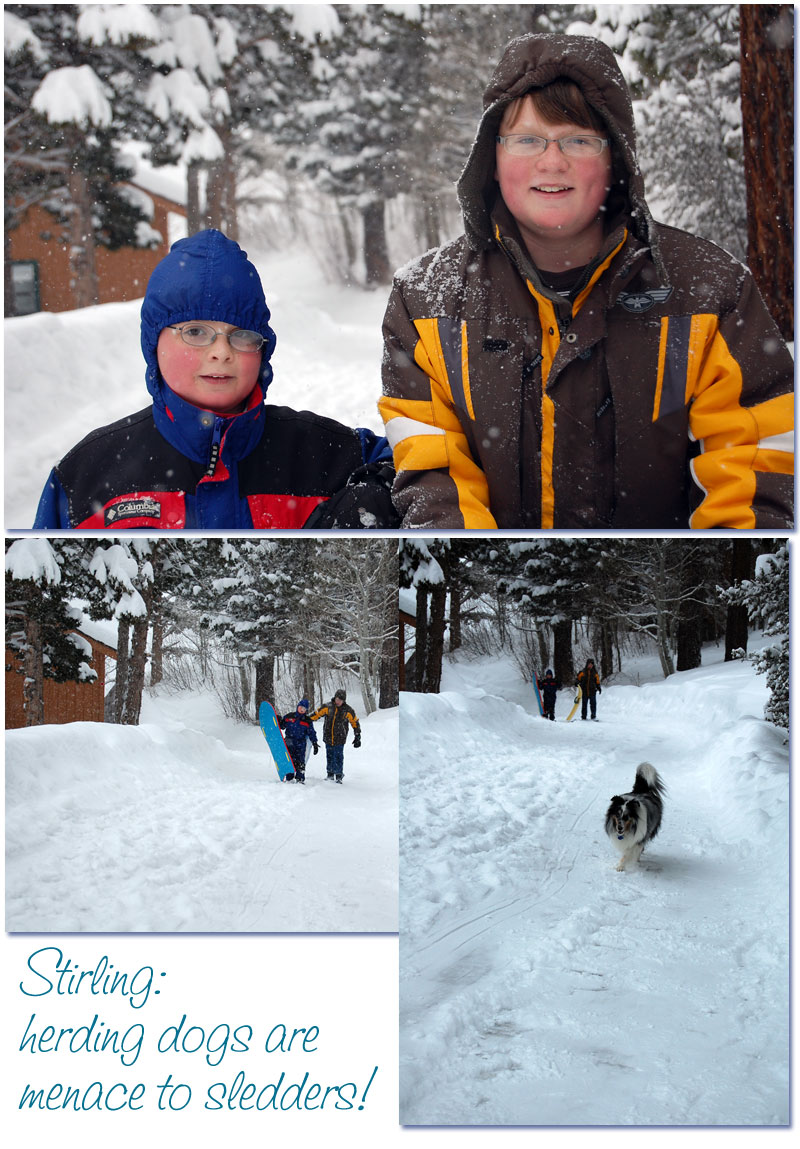 The only problem with the snow was that it was very cold, so they couldn’t build a snowman or have a snowball fight (I wasn’t that sad about that part – I know EXACTLY how that would have turned out!!!!)

What was amazing was that the final morning the snow was gone and the sky was a glorious blue: 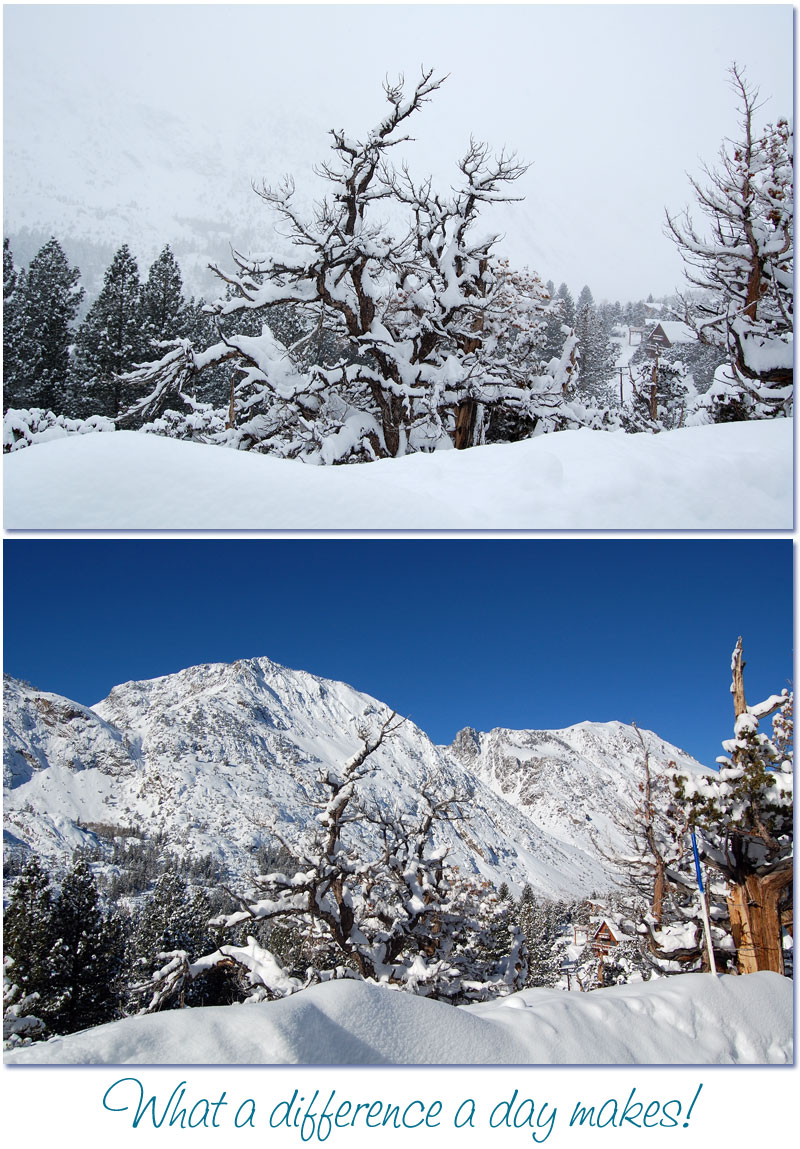 This warmed up the snow quite quickly so the boys had some construction time while we were cleaning up the cabin. Look at the “hidey hole” Logan built: 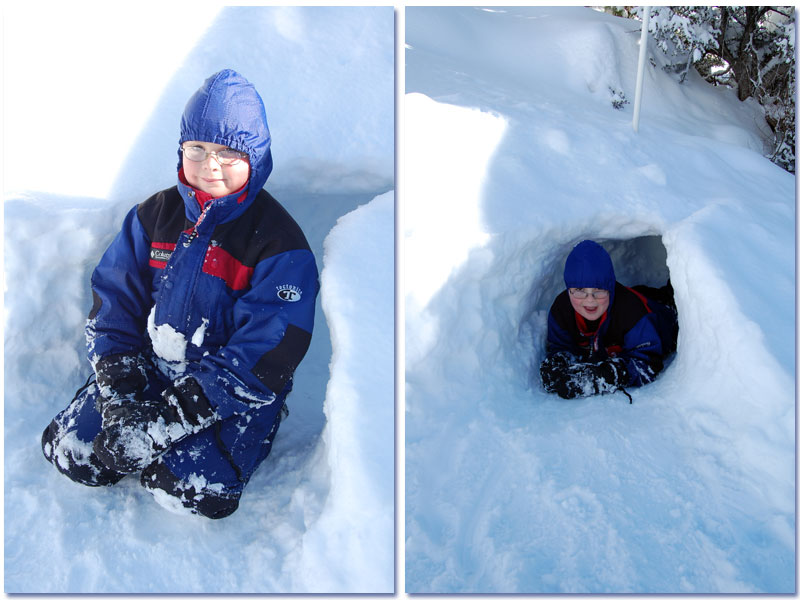 And so, we’re back home, and I’ve got a week to get my stuff together before 2nd semester  starts! I’ve gotta get my goals for 2011 mapped out too!

7 Responses to Return from the Frozen North!