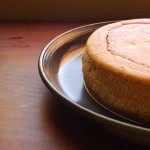 My birthday was last week, and my hubby cooked me an awesome dinner! Although I’m not a good food photographer, I did my best to document it, as I’d been tweeting about it and making people hungry – yay twitter!

First up – baked brie! Andrew sauteed some sliced apples and almonds in butter, brown sugar and cinnamon while the brie was baking in the oven. When the brie was good and gooey, he poured the apples on it, and we ate it spread on bread and (Andrew and I) had Prosecco – the boys had water! 🙂 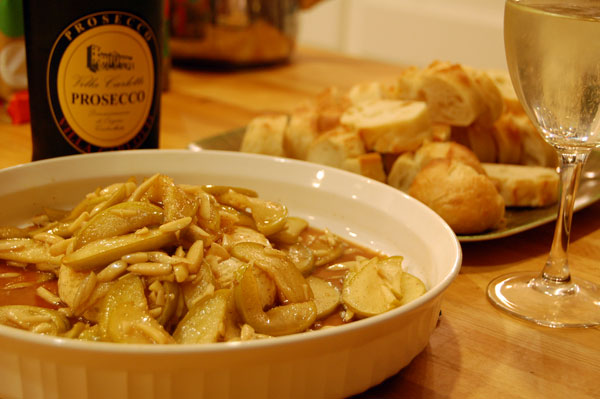 Next up, a salad with beets, balsamic vinegar, gorgonzola and candied walnuts! No salad picture, but here’s my boys having fun during the dinner: 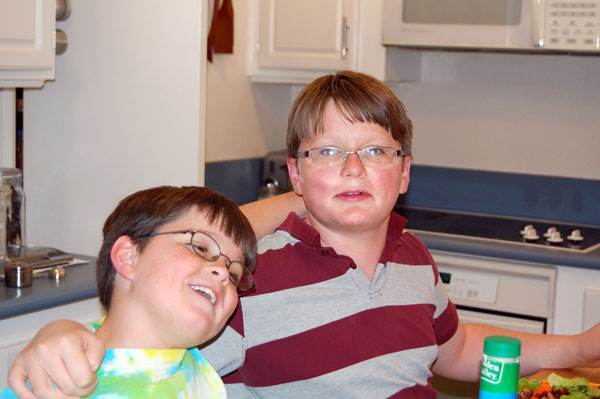 We then had one of my favorite Jamie Oliver recipes – fish (we had snapper, the original recipe calls for monkfish, which we couldn’t get) and ciabatta cubes on rosemary skewers, wrapped with prosciutto. Here’s a copy of the recipe. 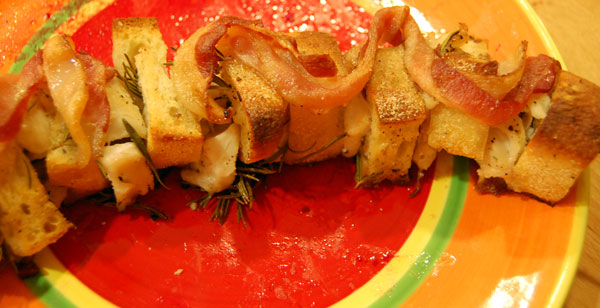 And for birthday cake…well I opted for pumpkin cheesecake! Here’s the recipe – God knows where I got it originally, but I’ve altered it some since then! It puffs up very high and is very light and fluffy! Mmm, makes me hungry just typing about it! 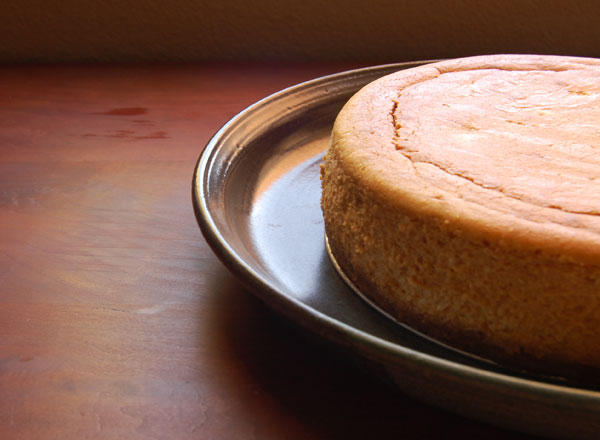 It’s even good for breakfast the next day! 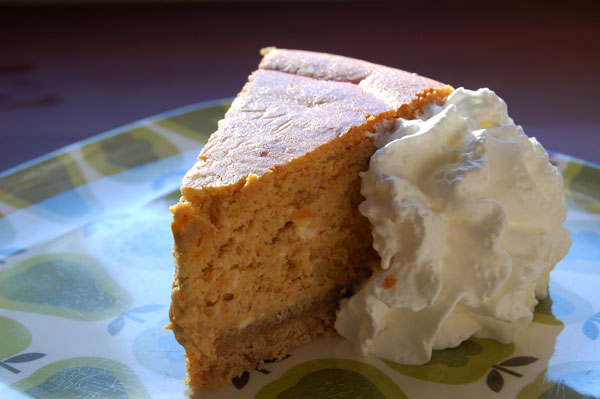