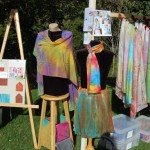 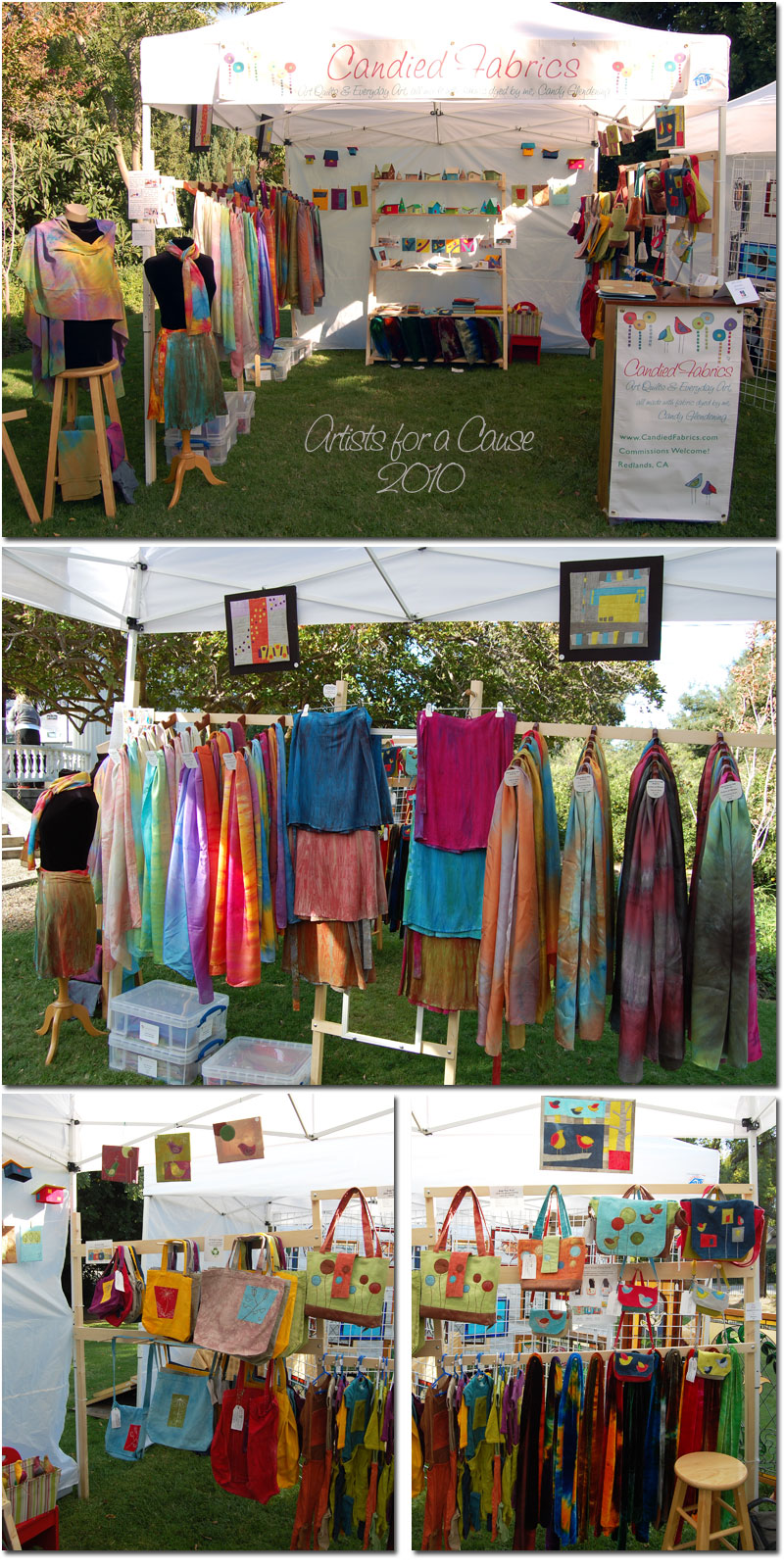 Well, I had an extremely busy weekend! As I’m on operating committee for this show, there’s a whole ‘nother layer of prep that goes on for Liz,  Adele and myself on this one.

The day started out a bit windy, but it died down just in time for the sun and the people…I had lots of sun from about 10 to 1, making it a bit hard to write up sales slips, but that’s a good problem to have! Later in the day the wind came, and I had a bit of a hectic time. Luckily I could tie the scarves to the racks – not quite as pretty, but safe!

The grounds of this house are beautiful…I carefully got pictures of every artist and their setup, but not a single one of the house surrounded by tents – argh!

OK, I’ve got to fly, I’ll get a bunch of pix posted on Flickr later this week, but for now, I’ll leave you with some details: 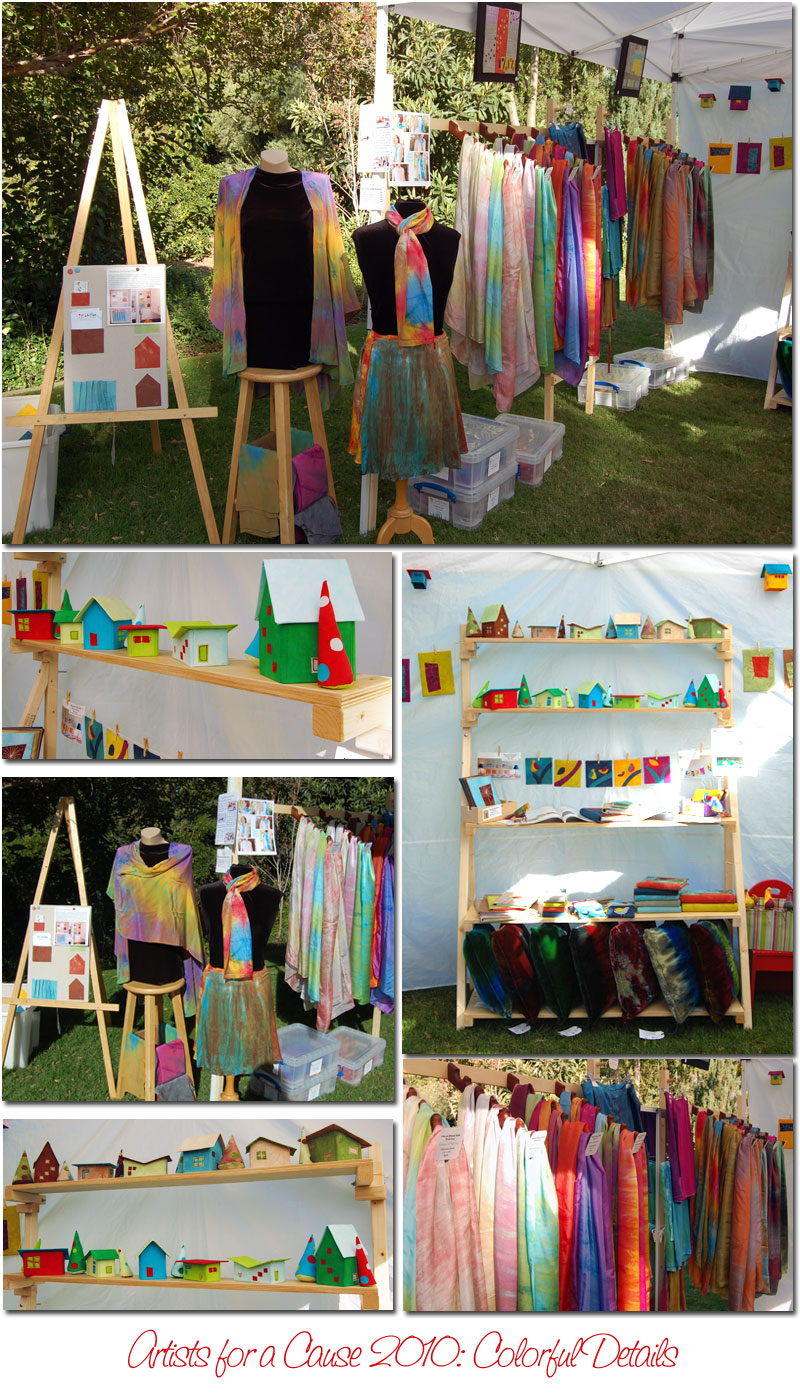 ← Artists for a Cause this Sunday!
Awesome Pumpkin Cheesecake Recipe →