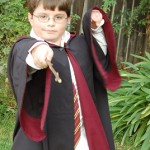 Well, we were able to squeeze in some pumpkin carving, a party on Saturday night and trick or treating on Sunday. As the kids get older, they’re much more inclined to start doing their own thing. Back when they were little, I was able to make them costumes that they wanted – here’s an awesome post that has pix from our first several Halloween’s. Look at Liam, handling a real knife – how did he get to be so big? 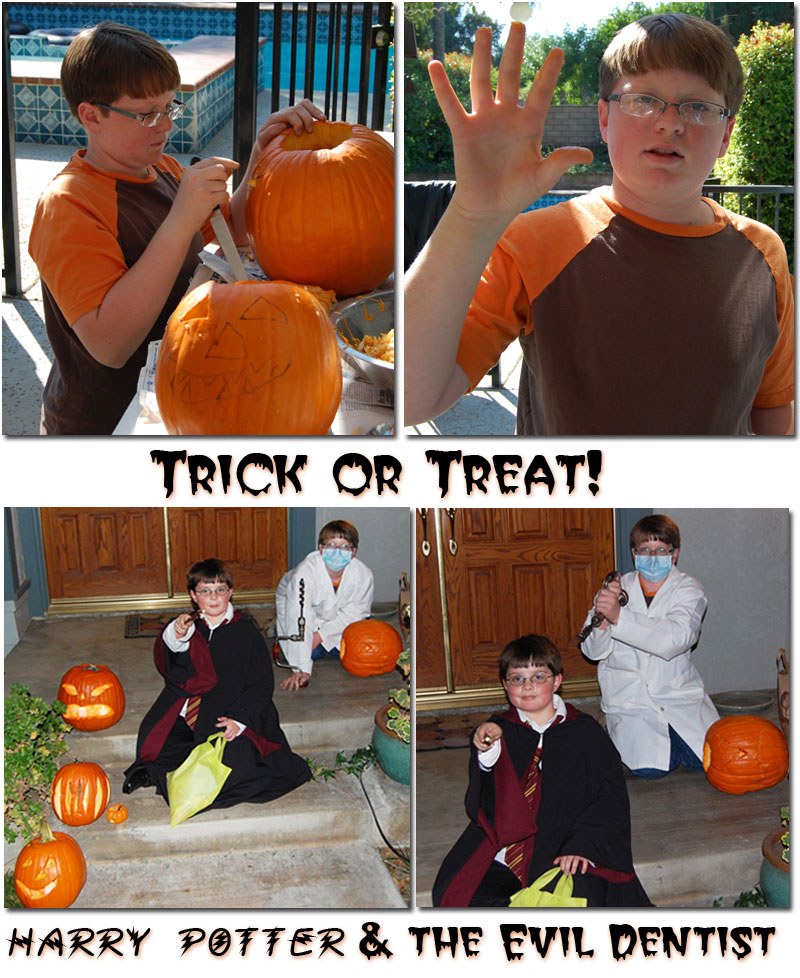 The Evil Dentist costume was Liam’s invention from last year, he reprised it this year as well. He’s really starting to enjoy the spooky part of Halloween (well, he thinks he does…he’s never really seen really scary stuff!) Logan, my 9 year old, does not like spooky stuff. He read all the Harry Potter books last spring, so he wanted to be Harry. Because he actually was talking about this early (like September) so we had time to investigate our possibilities. I was so strapped for time, I was more than happy to buy him an official Harry Potter tie (from WizardTies). It’s a real silk tie, and as he’ll need one for concerts, I was more than happy to buy something we’ll actually get more use from. I even contemplated buying the robe…but  I just couldn’t. Those store bought costumes are SO cheap and flimsy, I just couldn’t do it ! Smidgebox Leslie was in the same boat as I  – we brainstormed a bit over twitter,  and she definitely inspired me to follow through! Check out her little Harry – and the Cutest Hedwig EVER!

Logan LOVED his costume – I’m so glad I made it happen!