This was the month to prep for 3 shows: Art for Heaven’s Sake in mid-October, then 2 shows in November. I had a successful Art for Heaven’s sake, but I had some major computer woes which threw a bit of a spanner in my works. Although I have a laptop so I was still able blog and access the files I use for all my dye recipes and bag patterns, I really couldn’t focus on using my sewing room when the desk looked like this: 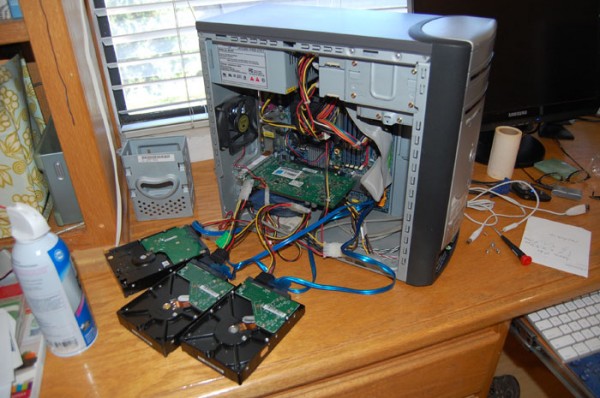 Hubby has worked his finger to the bone for me…now only do I now have a fabulous new display system for my booth, but I now have a computer system any teenage game playing guy would die for! He souped up my computer a year ago, it’s always been a bit loud, but it’s been getting louder and louder. What we discovered is that I didn’t have enough cooling power. Well honey, I do now! However, not just a new case & power supply was enough…turns out the hard disk controller on my motherboard was giving up the ghost (causing the noise that I was complaining about) . So, a new motherboard, processor and new style RAM was needed. We ended up spending as much as buying a new CPU, but the performance specs on a new computer for that price would have been much inferior. 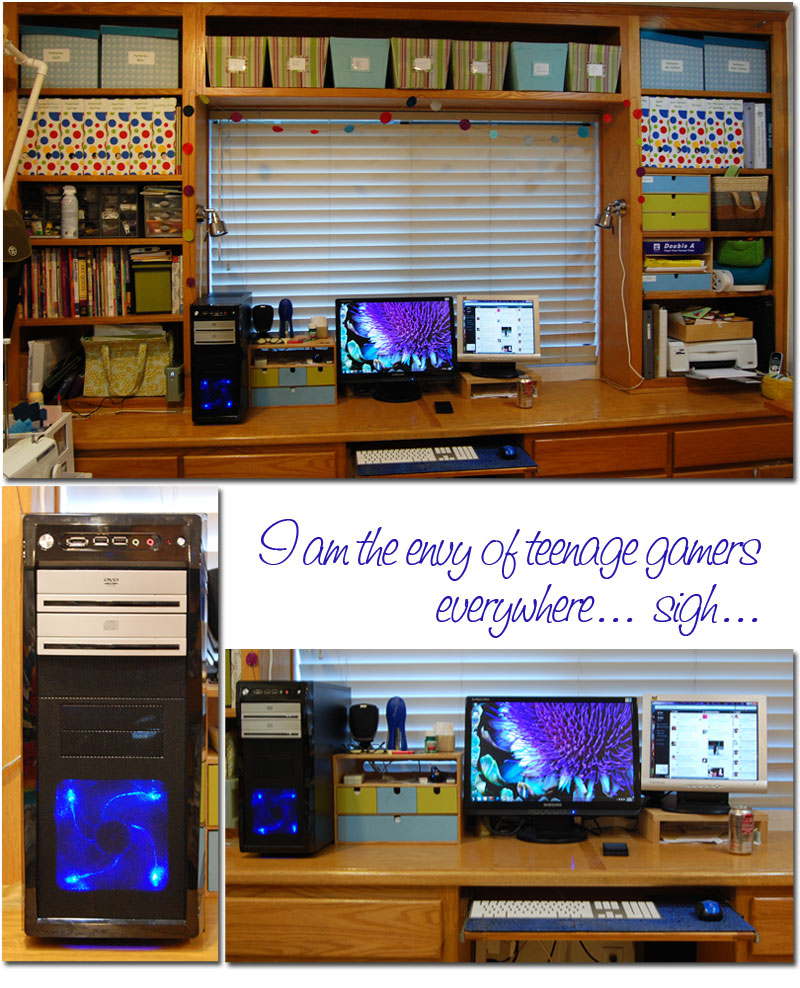 What I’ve got to do now is totally revamp what I’m doing. I’m the featured artist at the Redlands Art Association December 4-27, and as I’m travelling to MA for Thanksgiving I’ve got to make sure that I have what I want for that corner in December!

I’m trying to be realistic…but we’ll see! Wish me luck!