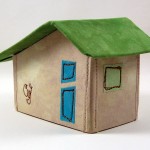 This final (for now) house shape I’m using in my mod house ornaments is called “Mies” after Ludwig Mies van der Rohe – apparently his friends and colleagues called him Mies, so I figured I’d do it too, so it looks like I’m “in the know” as it were! One house he’s famous for is the Farnsworth House, a truly awesome house, designed to blur the boundaries between inside and outside.  Although this house isn’t shaped like my house, I wanted to include Mies in this group of architects as he’s such an important figure to modern architecture!

This house has a special place in my heart, it’s the one I added to my original 5 when I was making a set for Quilting Arts Gifts last May. I had the idea for this house shortly after making the originals last December, but needed the extra motivation of publication to get me off my duff and make it! Sigh, it seems like so long ago when I would finally find some time to sit in my sewing room and I wouldn’t know what to make…that is SO NOT where my life is now! 😉 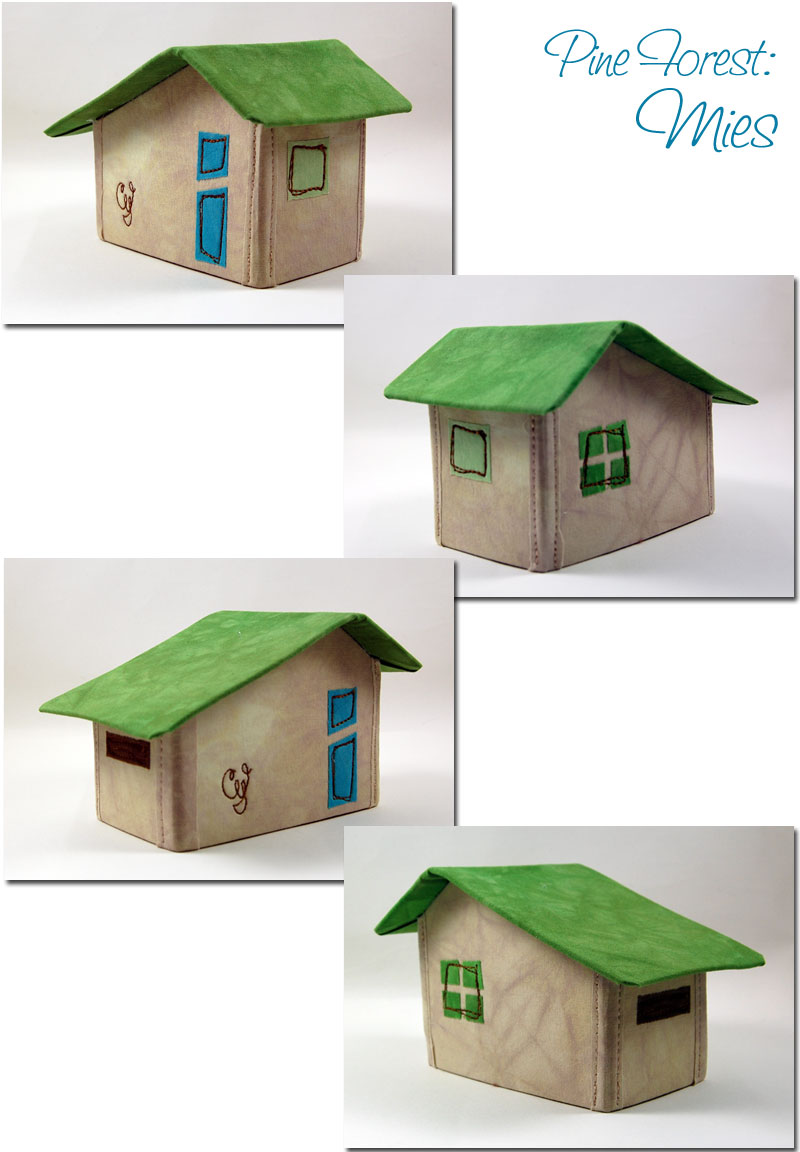 I really love that blue 2-part “door with transom”… and that square made from 4 little squares, love that motif too, and have to work hard not to use it too often! 😉

← One Moment: Acceptance and Belonging
Yes You CAN make leaf prints for Fall decorating →