After the declutter to end all declutters in the boys playroom and bedroom last week, we then ripped up the nasty carpet and padding on Friday. Although the walls of the boys bedroom were painted when we first moved in (see that story along with the Southwestern style quilts I made for their beds here) and still looked pretty darn good, the white walls of the playroom were in need of a lot of touch up. As the leftover paint for that room doesn’t exist, we were going to have to pick a different color.

A quick negotiation with the boys (who get all ramped up and come up with crazy, overwhelmingly complicated schemes for decorating whenever we talk about the playroom) led us to focus on the bird mobile I made for them that will stay in the improved playroom…and thus “we” decided on a blue for the sky so the birds would look like they’re flying.  15 minutes in front of the paint chips at Lowe’s with a piece of bamboo in our hands and we were ordering a gallon of paint. It came home and went on the walls immediately! After some fun:

it was painted. (Welcome to my life…when hubby finally agrees to do something, you have to have all your ducks in a row, decisions ready to go.)

I did a second coat early Saturday morning and I was renting a nailer at 9:40 AM. It was ready to be returned by 7 that night (although I didn’t have the energy to do it then!) 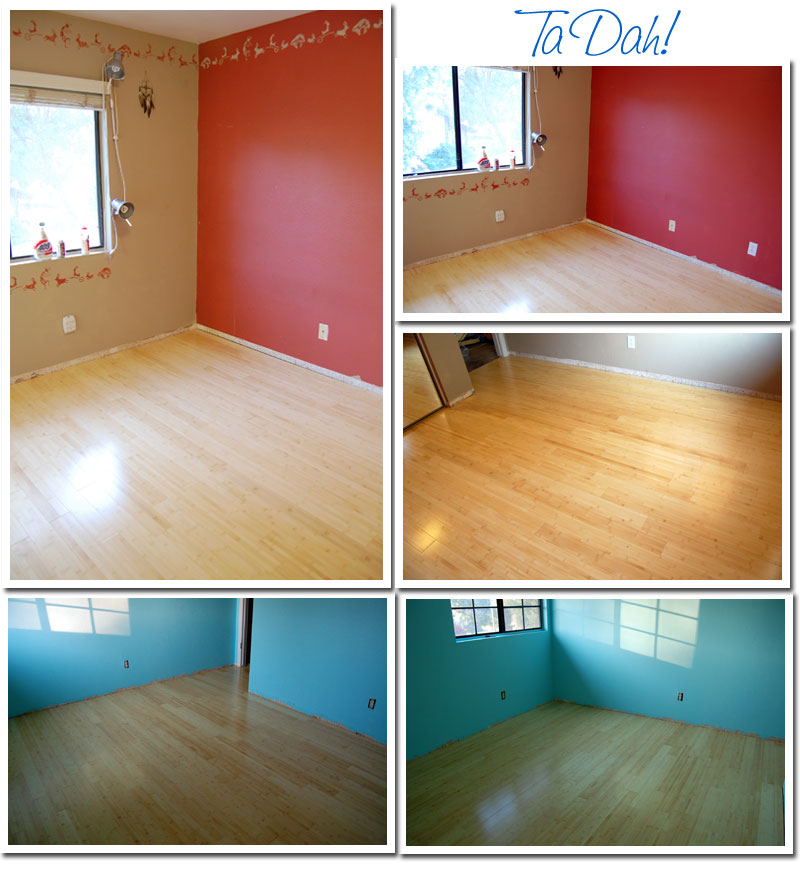 We’ve still got a big punch list that includes installing the baseboards and building new bookcases, but the biggest hurdle has been crossed! The boys were a big help, but at some point we were really flagging – just as our friend Brad dropped by to lend a hand. He helped Andrew out finishing the 1st room while I made some fabulous BALT sandwiches for lunch. After a rest, Andrew & I found the energy to just get the smaller room done! Woot!

The boys are way excited about their new, improved spaces, which seem so big right now. I can’t wait to put them together and hopefully keep the clutter down to a dull roar! 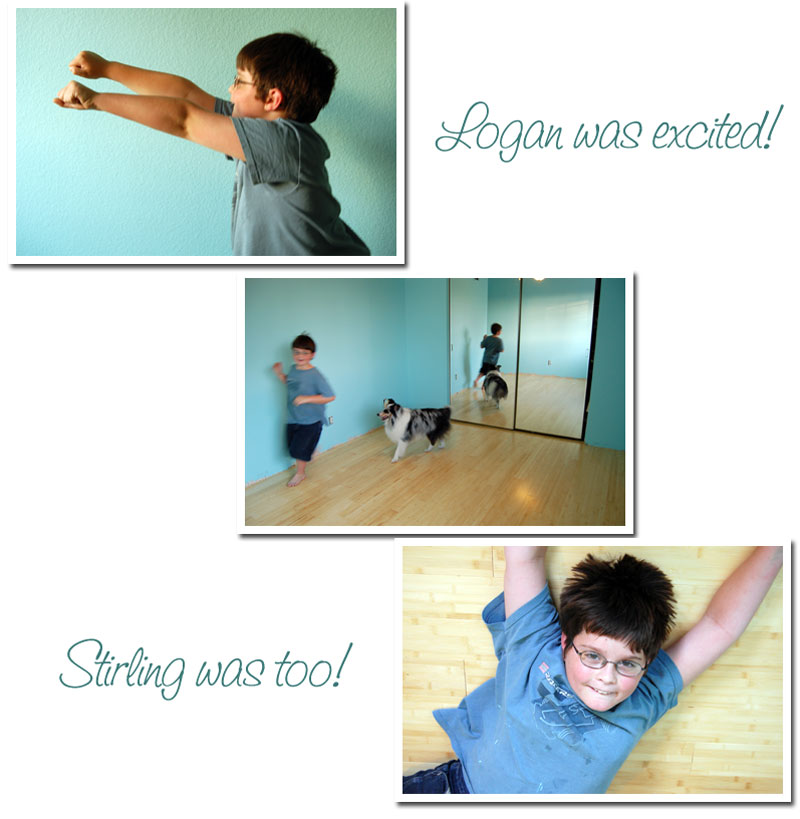 Oh – and the winner to last weeks giveaway was #16 – Sandra, whose favorite color is purple! I’ve sent you an email Sandra, congrats!

← One Moment: The Joy of Clearing Clutter
Maker’s Must: Libby Hampel →

8 Responses to Installing Bamboo Floors, One Day and DONE!