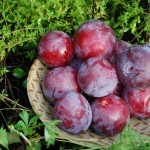 15 years ago…my husband had some amazing homemade Santa Rosa plum jam made by parents of a friend that lived in Southern CA. At the time we lived in Kentucky, and although we planted a Santa Rosa plum tree there, it got a bit too cold in the winters for it, and not a plum did it ever bear. We moved to OH, and although there were local orchards there with amazing red haven peaches and lots of great apples, it too was too cold for the elusive Santa Rosa plum. When we moved to S CA, my hubby joyfully planted a small tree our first Fall. 6 years later it looks like this: 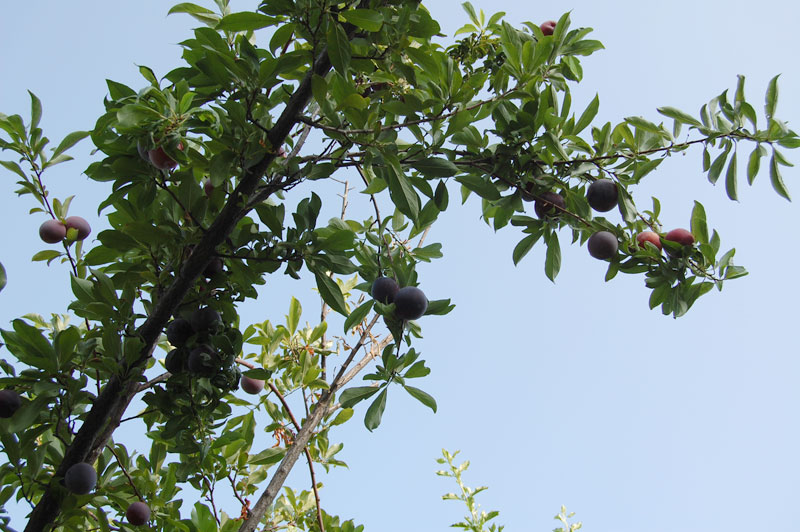 I woke up to an amazing email this morning: I’m going to be taping an segment of Quilting Arts TV in late August/early September! Labor day is really late this year, thus my classes don’t start until the following week, so the dates that Pokey emailed me fit in just before school starts! Although neither of my upcoming Quilting Arts articles have been published yet, they’ve been in their offices for a couple of months now, so I figured that the segment would be about either the Branch & Bird quilts or the Mod House Ornaments, so imagine my surprise to find that she’d like me to show how I make a messenger bag! I’ll also write up a pattern for it, to be published after the show airs (sometime early 2011). 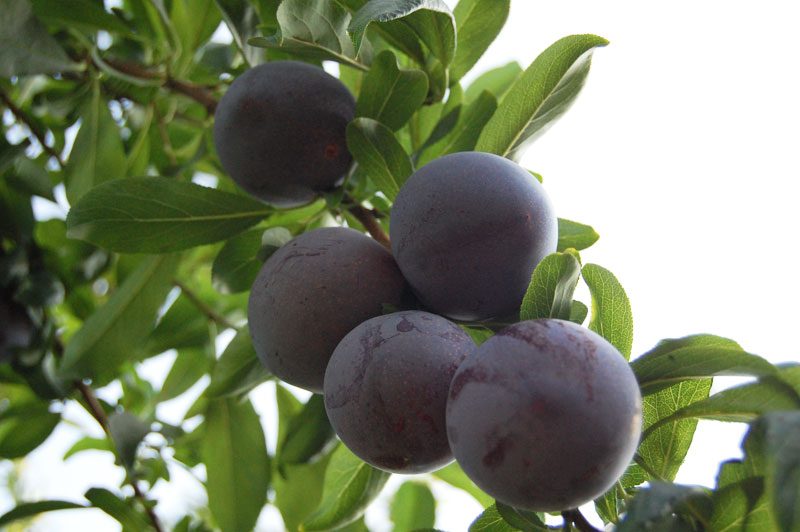 I had a really busy, crazy day doing all sorts of things, and when I finally arrived back home a quick look in the backyard showed me the the Santa Rosa plums were ripe – several had dropped on the ground where there had been none yesterday. It took 15 years for this to happen – but finally my hubby has some incredible tasting plums for a week or two. I found this an incredible metaphor for this day; I’ve spent years at honing each aspect of my making, and I’m now harvesting the fruits of my labor by having folks I respect publish my work, and now show my process to a national audience. 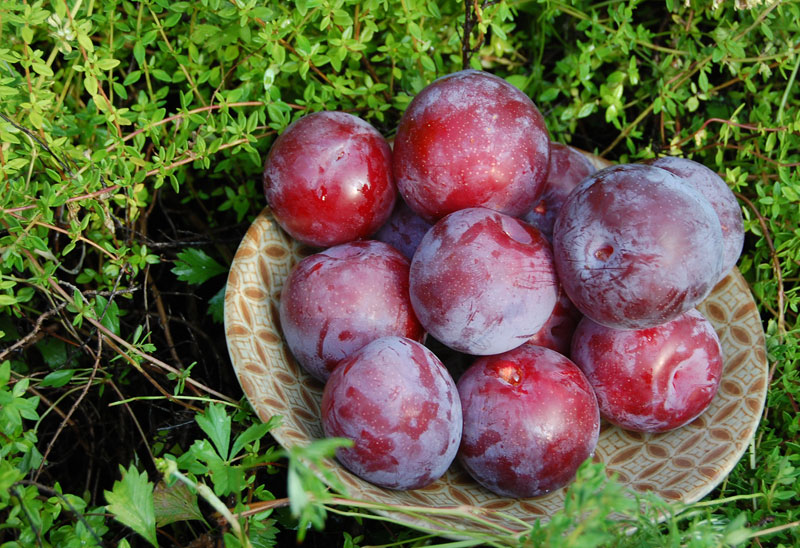 Is this a moment I wanted to stop and savor? You betcha! (Speaking of savoring, 2 hours later this bowl only had 2 plums left!)

9 Responses to One Moment: When to Enjoy the Fruits of your Labor