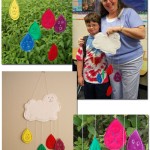 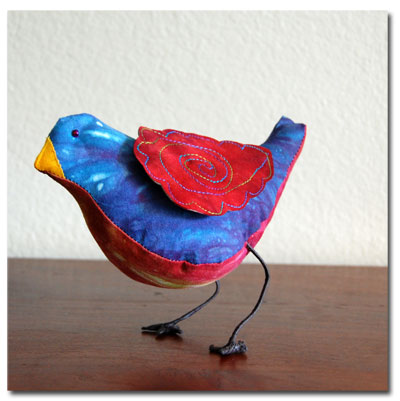 My next commission was a collaboration with my younger son Logan, who just had his last day of school!

A couple of months ago, I was making a 3-d bird, and I had first chosen green wings but didn’t like them, so I had a few wing shapes hanging around my studio. Logan came in and honed right in on them, talking about how much they looked like raindrops.

Because Mommy spends so much time sewing, Logan occasionally gets my attention by making something with me (remember Blueberry the Bear last summer)?

He latched onto those drop shapes and wouldn’t let go, and somehow we started talking about how he could sew a face on them and then make the raindrop. This led to a discussion of what expression should be on a green raindrop face – he decided this was a sour color, so a sour face! He stitched his green sour faced rain drop that day, and it sat on my desk for quite awhile.

At some point we had a discussion of a whole rainbow of raindrops and we decided they would make a great mobile if they were hung from a cloud.

As the end of school approached, I started thinking about what to make his teacher, Mrs. Adama. She’s a great customer, (here’s the clutch she commissioned from me last May) and one of her Mom’s from last year also got her something from me, so she has lots and lots of Everyday Art…what to make her? Well, something brand new, of course…and how perfect to make her something that was Logan’s idea!

So earlier this week, I printed out some raindrop shapes for him to figure out the expressions for the ROYGBIV drops. After making the individual drops, he helped decide what order they should go in – using a story to explain which came first, etc… 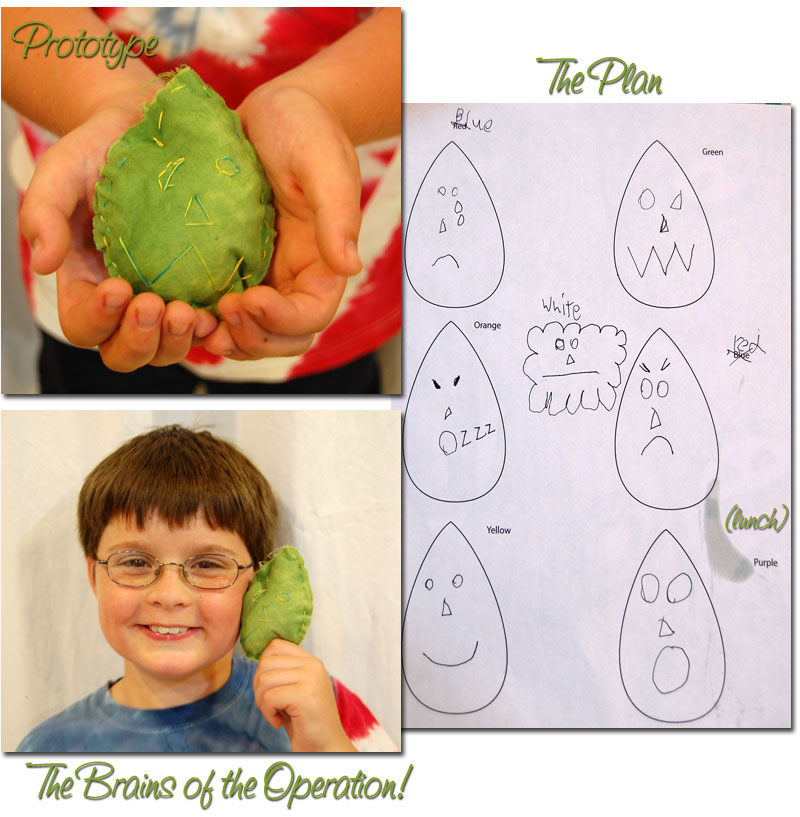 Of course, I didn’t start on this until yesterday, so the only photography opportunity was this very gray morning at 7AM, so I did not get great pix. Be that as it may, I’m still very happy with it. When I showed it to Logan,  he was said “it’s just like I drew, only nicer”.  I asked him what to call it, he said “Mood Mobile”, I wanted to get the rain drops in there somehow, so we comprimised with “Mood Drops Mobile”

We brought it to Mrs. A. this morning, and she liked it! Thanks Mrs. A, it’s been awesome having you teach not one, but both of my boys! 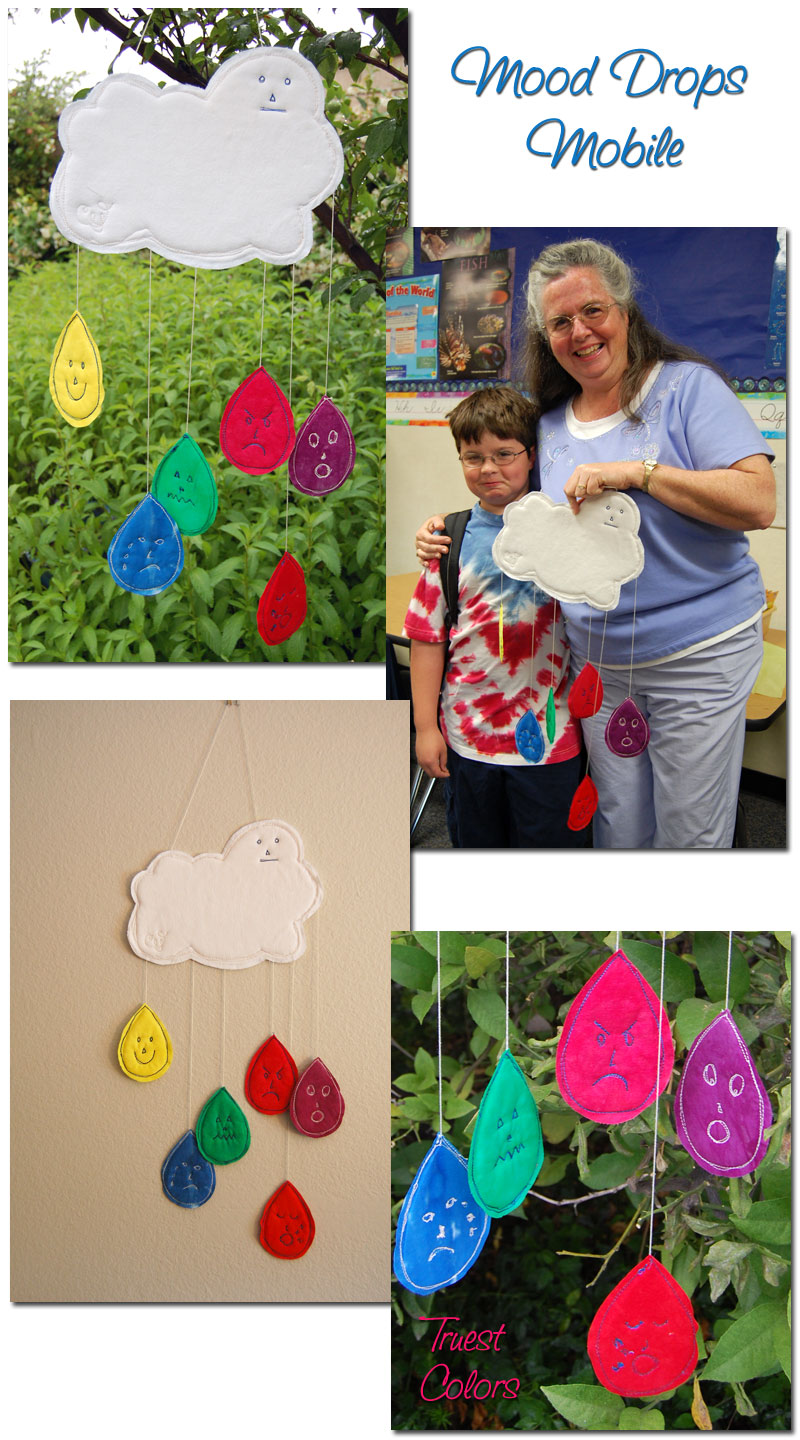 What do you think, should I make some more? (not this week….sometime in the future!)

This is my one moment of the week, realizing what fun it is to collaborate with my wee one.